I thought I would have some reviews to link to over at SBC or MangaLife, but I guess they're not up yet. Huh. Maybe later today. Anyway, right now I've got looks at all the miscellaneous stuff coming out in January, organized alphabetically by company, because I'm OCD that way: 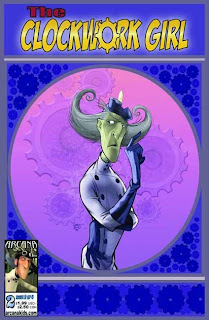 Clockwork Girl #3 - I think the first issue of this is supposed to be out, but I have yet to see it. It looks nice, so I would probably pick it up if I had the chance. 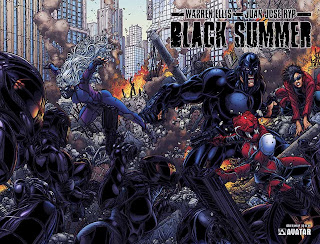 Black Summer #6 (of 7) - Judging by the cover (which probably isn't a great idea), it looks like the series will be all-out action in these last couple of issues. I hope Ellis starts to do something (more) interesting with the series soon, or I'm going to get tired of it. We'll see. 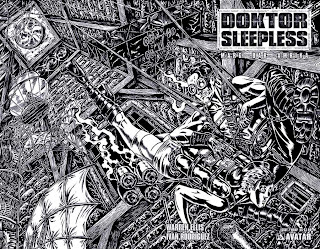 Doktor Sleepless #7 - Ditto for this series, although it's been pretty decent so far. Maybe my expectations are just high for Ellis. By the way, what the hell is going on on this cover? It looks like the characters are floating or hanging in some sort of open room filled with Leonardo Da Vinci flying machines, but there don't seem to be any wires holding them up. It's rather weird. Anyway, I'll be getting this, unless Ellis somehow turns me off the series completely between now and January. 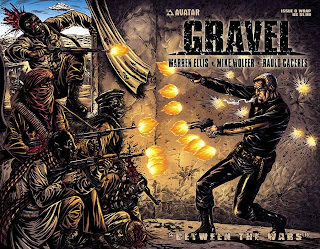 Gravel #0 - This is a new ongoing series by Warren Ellis (who seems to dominate Avatar's output these days) and Mike Wolfer, detailing the adventures of the main character from their Strange Kisses/Strange Killings series of miniseries. I don't know if I'll get it or not; I've kind of liked the miniseries that I read, but I'm not too enamored of Wolfer's art. His characters are kind of stiff, and he doesn't do facial expressions all that well, but he delivers where it counts: in the disturbing, disgusting violence and gore. Since that seemed to be the main point of the previous books, it might be worth reading. I guess it will depend on how much I'm in the mood for nastiness. 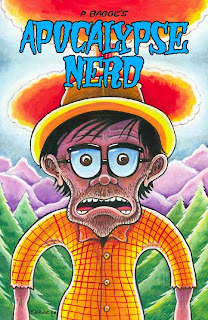 Apocalypse Nerd TPB - I haven't read any of the issues of this Peter Bagge miniseries, but it's probably pretty funny, knowing Bagge. Can anybody tell me if it's worth getting? 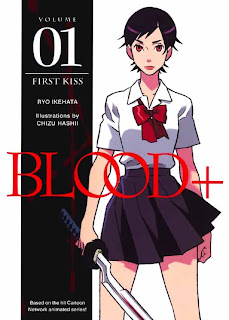 Blood+ volume 1 - I liked the Blood: The Last Vampire "movie", but I haven't been able to get into the Blood+ anime series when I've seen it on Adult Swim. It's very confusing; I guess you have to watch it from the beginning, like it's an actual story or something. So I suppose I could check out the manga. 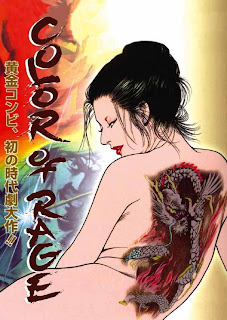 Color of Rage - A one-volume manga from the insane, awesome Kazuo Koike (Lone Wolf and Cub), with art by Seisaku Kano (with whom I'm not familiar). It has to do with a black man and a Japanese man escaping a slave ship in medieval Japan and going on the run while chained together. Sure to have lots of sex and violence. I'll probably want to buy it if I see it. 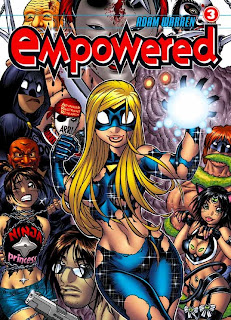 Empowered volume 3 - Hey, more of Adam Warren's awesome sexiness! I really like this series, but it's not coming out until March. Dark Horse just likes to let us know early when stuff is coming. This volume has an epic-length ninja fight, according to Warren; I can't wait. 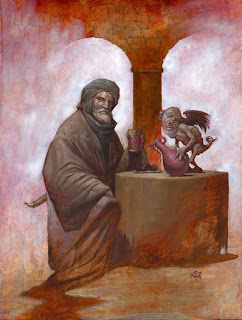 The Goon #21 - This title doesn't show up often enough. Get a move on, Eric Powell! 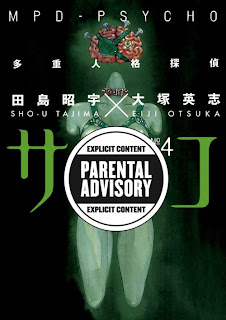 MPD Psycho volume 4 - Volume 1 was crazy and cool, but I haven't had a chance to read the second one yet. This one promises more depravity, judging by the strategically-placed "parental advisory" sticker. 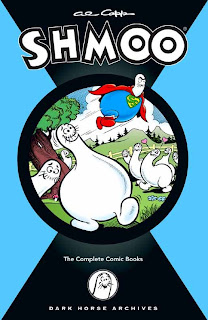 Al Capp's Complete Shmoo: The Comic Books - Al Capp's L'il Abner is awesome, but I haven't read any of this comic book spinoff. Shmoos are pretty cool though. I would love to check this out, but like all Dark Horse archive volumes, it's too expensive for me. 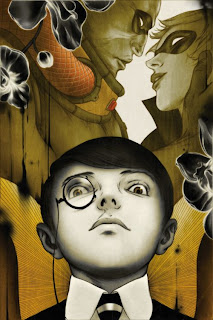 Umbrella Academy: The Apocalypse Suite #5 (of 6) - Cool. I really like this book. I don't know if I'm the last person to find out about this, but in the letter column of the most recent issue, the said that they have plans to continue to publish more Umbrella Academy miniseries after this one is finished, which I think is great news. 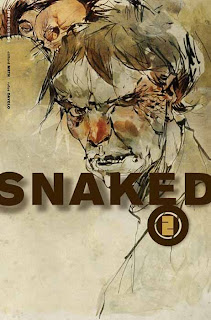 Snaked #2 - I just reviewed the first issue of this series, and it's interesting, if not great (yet). I would be willing to check out future installments. 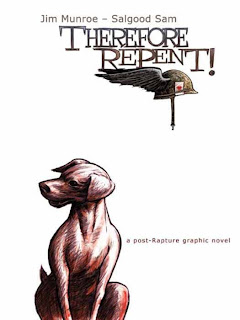 Therefore Repent! GN - Ooh, I'm excited to read this. It's sci-fi author Jim Munroe's look at a post-rapture world with magic and stuff. Looks really cool. Art by Salgood Sam, whom I've only seen on that vampire pirate book that Image was doing for a while (I forget the title, but it was written by Rick Remender). I'll definitely get this one. 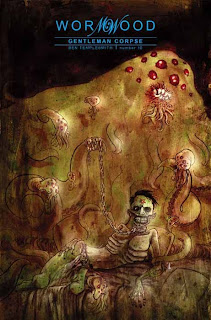 Wormwood: Calamari Rising #2 - I don't know if I'll get this or not, but I dig the crazy "slave Leia" homage cover by Ben Templesmith. Cheeky bastard.

Duo Stars #1 - A comic about street racing by Ashley Wood. I don't really care about that scene, but I'll buy pretty much anything Wood does.

Cory Doctorow's Futuristic Tales of the Here and Now #4 - This issue adapts the story "Nimby and the D-Hoppers", which I don't think I've read. It's written by Dan Taylor, with art by Dustin Evans, and a cover by Ben Templesmith. I'll probably end up getting it. 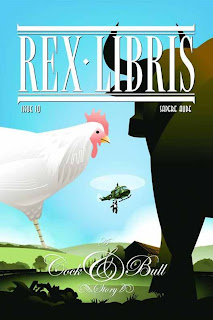 Rex Libris #10 - All right, it's always good to get another issue of this book about the adventures of an immortal, tough-guy librarian. Looks sweet.
-----

And I think that's everything. Maybe I should start doing a separate post for Dark Horse again, if they're going to have this many books that interest me. We'll see what happens next month. And hey, why isn't Oni releasing solicitations anymore? I would have included them here, but I can't find any information online about their January releases. Huh. Oh well, that's it for now. I might have a review up tonight, depending on how much I feel like writing it. Later, gator.
Posted by Unknown at 2:05 PM