Images of a solicitous nature

Next month I'm going to have to come up with a different pun. Damn. Anyway, here's the Image Comics solicitations for June 2007. Well, the meager few comics that I'm interested in, anyway: 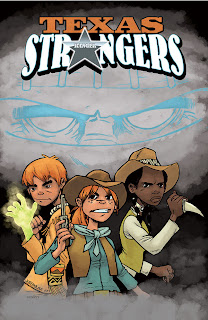 Texas Strangers #4 - The first issue of this series was supposed to come out yesterday, but I don't think my LCS got any. I'll have to order it. The cover to this issue is weird; it's drawn by a different artist than the interiors (and previous covers), so the characters lose their square-faced look. I think I like this look better, actually. 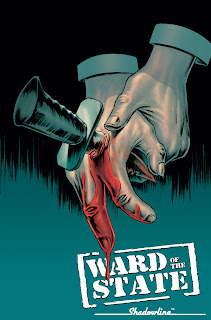 Ward of the State #2 (of 3) - I'll probably check out the first issue of this series, but if I don't like it I won't be getting this one. As for the cover: gross, and graphic. Makes me think the series might be cool. 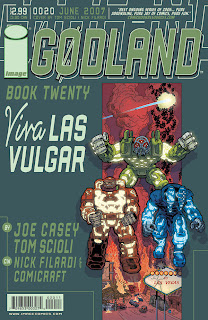 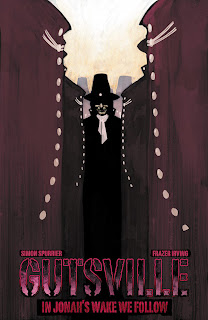 Gutsville #2 (of 6) - I'll get the first issue of this, due to Frazier Irving's art. Hopefully it will be good enough to stick around. Looks like he recently read (or watched) V For Vendetta. 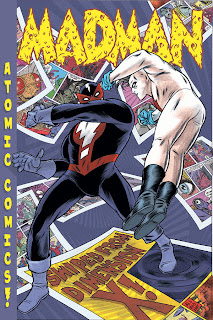 Madman Atomic Comics #3 - Wow, this looks awesome! Madman vs. Mister Excitement (I think)! And it has to do with Madman traveling through alternate universes. I always love that plot. 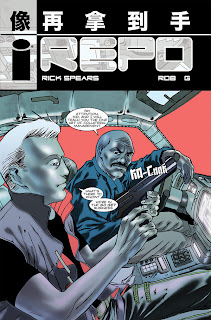 Repo #1 (of 5) - Looks interesting. The premise sounds, um, "inspired" by Repo Man. It's by Rick Spears and Rob G. (Teenagers From Mars, which I haven't read). Might be worth checking out. 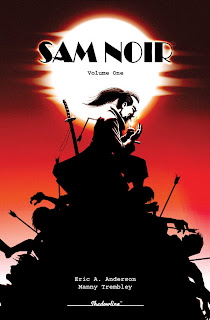 Sam Noir volume 1 TPB - I'm digging the Ronin Holiday miniseries, which is collected in this volume. I probably won't get this since I'll have that and (hopefully) the collected edition of Samurai Detective. But if you believe my reviews, it's a cool book, so check it out. And a nice cover too. Good job, Manny!
-----

And that's it; slim pickings. I hope to have a review up tonight, so stay tuned.
Posted by Unknown at 4:00 PM