This post will probably be a bit shorter than yesterday's, as I have less to say, and instead will focus mostly on showing pieces of art. I wanted to talk about Eisner's knack for character art, specifically movement and emotion. His characters are slightly exaggerated, mostly to show the emotions that they are experiencing. Some of this shows in facial expressions, but Eisner is especially great at showing it through posture and body movement. Check it: 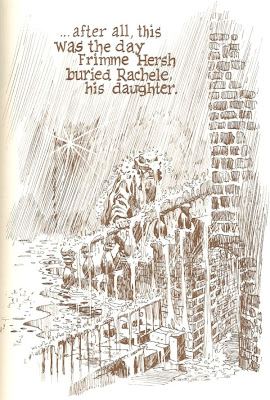 I was originally going to put this image in yesterday's post, but I decided it reflected character art better than layout. Frimme is despondent here, which we can see from his slumped posture. The rain emphasises the sadness, of course. 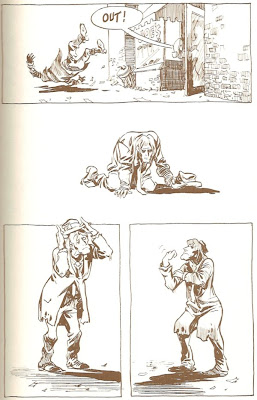 This page is from "The Street Singer"; we see the titular character being tossed out of a bar while trying to retain some shred of dignity. His movements in the bottom two panels are superb. 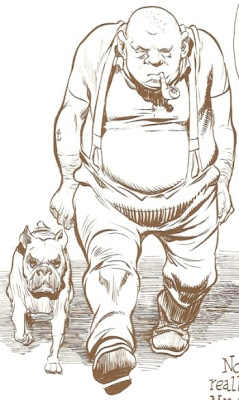 This is the super from the story of the same name, and from this introductory page we see that he's a big, scary guy that people don't want to mess with. 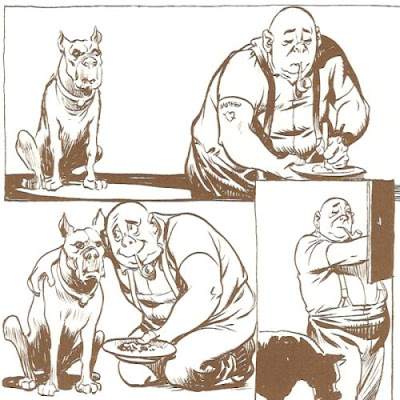 But then in a subsequent page we get a glimpse of his home life and realize that's actually kind of a lonely fellow. 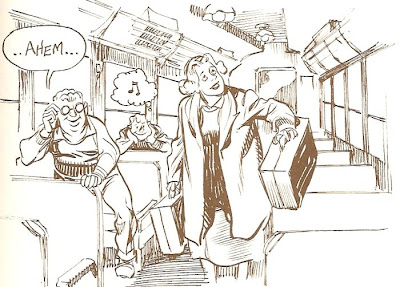 Here's a panel from the story "Cookalein", in which characters are traveling to the country on vacation. I especially like the guys checking out the girl; men don't make it this obvious in real life, but here Eisner demonstrates what our minds are up to. 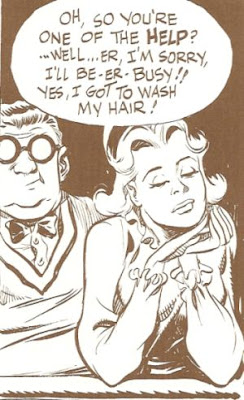 And then we have the girl blowing off a guy who she thinks is below her station. Eisner gets the facial expression and posture perfect, representing her complete dismissal of him as a prospect. Meanwhile, he has an "Oh, brother" look on his face; he's probably been through this experience before. 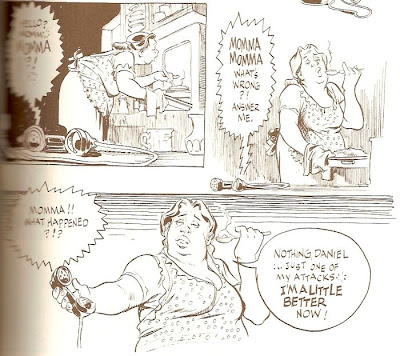 This is a great scene, with a stereotypically overbearing and manipulative Jewish mother putting down the phone as she's cooking and letting her son think she's having some sort of attack. I love her bored facial expression, like she does this all the time. The girl on the right is excited about going skating with the guy she likes, and it shows both on her face and in her posture. Her mom's not so pleased (he's a gentile). 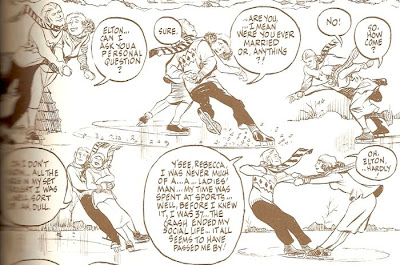 And here they are skating. I love the graceful sense of movement here, as though they are dancing on the ice. I wish I could skate like this. If my wife and I tried this, we would end up with a lot of bruises. 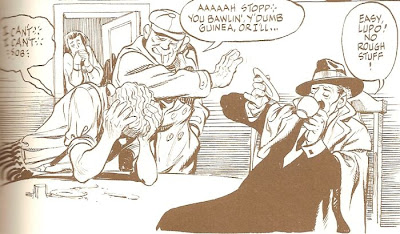 Here's a scene of a gangster shaking down a guy who owes him money. He's completely casual about it, sipping tea as the guy buries his head in his hands in anguish. 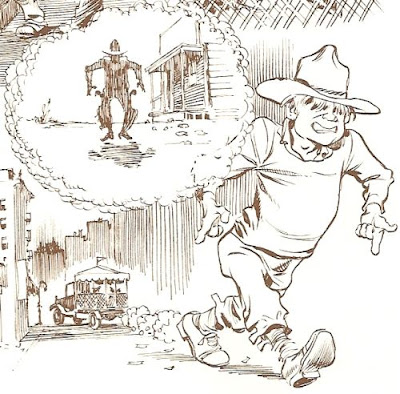 And I just love the posture of this kid pretending to be a gunfighter. 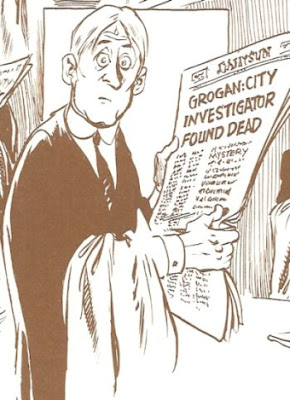 Here's a city official realizing his fate if he doesn't go along with the mob. It's a good "glance at the camera" moment. His wide eyes and the bead of sweat really sell it. 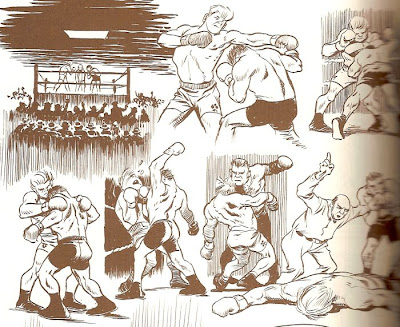 Another good scene with lots of motion (sorry about the bad scan), as we see a boxing match that really demonstrates the physicality of the contestants. 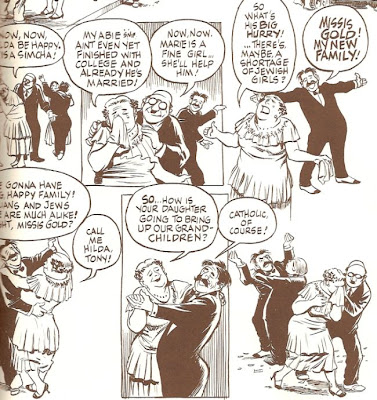 I love how Eisner expresses the emotions of these characters, parents of an Irish girl and Jewish guy who just got married. It's a good mix in the space of a few panels, as we see the mother agonizing over her son's decision, then her semi-acceptance as she dances with the father of the bride, then the aftermath of a scene we have to imagine. Excellent stuff. 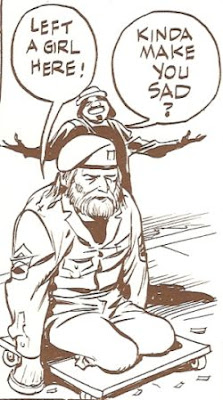 And finally, here is a Vietnam vet, stoic toward his lot in life after he came home without his legs. We actually saw this character before he went to war, and he was big, strong, bold, and hopeful. Here we see what war has done to him; he's hunched over and sour-faced, ready to live out the rest of his life regretting his earlier gung-ho attitude and bitter at the military for sending him off to a pointless war. Powerful stuff, summed up in one panel.
----- 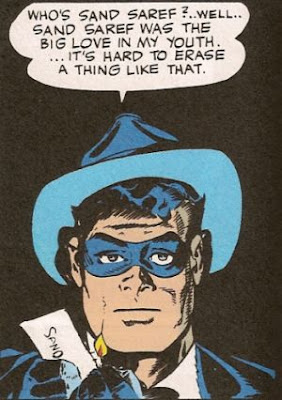 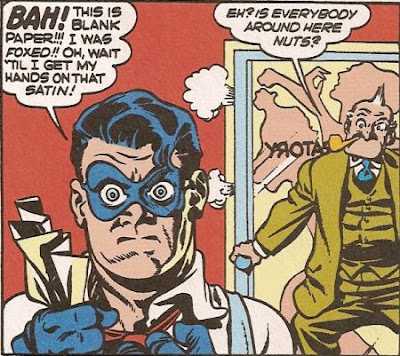 That's it for tonight. Come back tomorrow for more!
Posted by Unknown at 10:16 PM

Email ThisBlogThis!Share to TwitterShare to FacebookShare to Pinterest
Labels: artcomix, comics, The Spirit, Will Eisner