Looks like Marvel's doing the bare minimum to keep my interest. Here's what little catches my eye from their solicits: 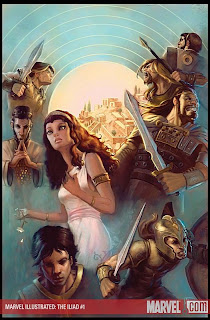 MARVEL ILLUSTRATED: THE ILIAD #1 (of 8) - The newest entry in the Marvel Illustrated line. I haven't picked up any of these, since I haven't heard anything positive about them, and they look fairly bland whenever I glance through an issue. This one will probably be the same. It's too bad; it could have been an interesting project. The cover on this one cracks me up, with all the weird facial expressions. And Beardy McHeadband in the upper right appears to be doing some sort of behind-the-back move with a spear. Hey, who wants to bet the next project after this one is The Odyssey? Any takers? 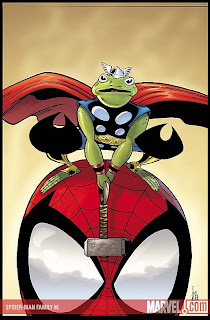 SPIDER-MAN FAMILY #6 - I love the cute cover by Chris Eliopoulos, artist on the Franklin Richards books. I have only bought one issue of this anthology series (the one featuring the Agents of Atlas), but I'll probably pick up others here and there. This one might be a contender. 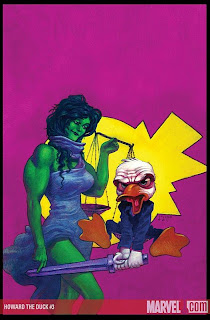 HOWARD THE DUCK #3 (of 4) - Hey, Juan Bobillo drawing She-Hulk again! This series looks fun; I might just pick up a collected version. 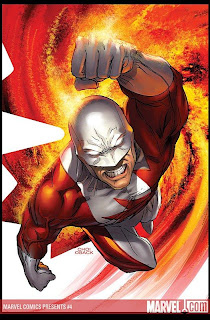 MARVEL COMICS PRESENTS #4 - I'm becoming less and less interested in buying this series the more I see of it. The only thing that looks worth reading is the Stuart Immonen Hellcat story, and it'll probably be like five pages in each issue. I guess I'll see tomorrow, when the first issue comes out, but I don't expect to buy it. 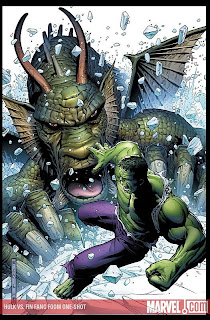 HULK VS. FIN FANG FOOM ONE-SHOT - Who knows what the deal is with this one; it appears to be a standalone fight story. It's written by Peter David, with the artist "TBA". I hope that doesn't mean Rob Liefeld. I might check it out if it's illustrated by someone I like; it's always fun to see Hulk fight a dragon (who wears purple underpants). 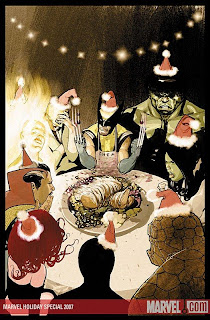 MARVEL HOLIDAY SPECIAL - This looks like an interesting book, with a gorgeous Frazier Irving cover that looks strangely familiar. Has it been used elsewhere? Also of note: a story by blogger extraordinaire and manga expert Shaenon Garrity! 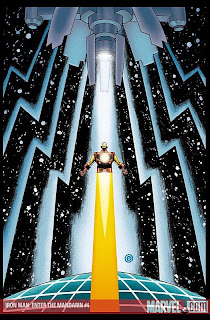 IRON MAN: ENTER THE MANDARIN #4 (of 6) - I'm loving the art on this book. I will almost certainly buy the collected version. 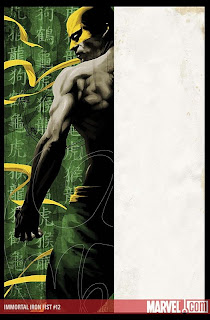 IMMORTAL IRON FIST #12 - Is this storyline done yet? I really want to buy the second collection. 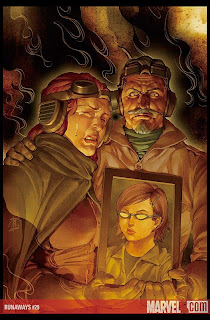 RUNAWAYS #29 - Ooh, looks like Gert's parents find out about her death! I foresee drama. This book is late, isn't it? Hurry it up, Whedon! Or Ryan, whoever's causing the delay. 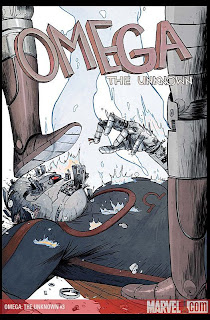 OMEGA: THE UNKNOWN #3 (of 10) - Holy crap, this looks awesome. I'm waiting for a collection of this, but it's going to be hard to pass up, with artwork like this. It's amazing to me how much more appealing this style is to me than the likes of David Finch or Steve McNiven. Give me exaggerated cartooniness instead of over-rendered "realism" any day. 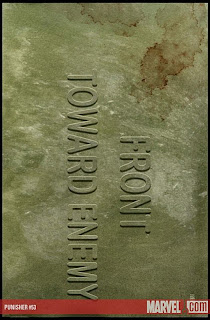 PUNISHER #53 - I love this cover; simple and effective. People might be afraid to open the comic though. 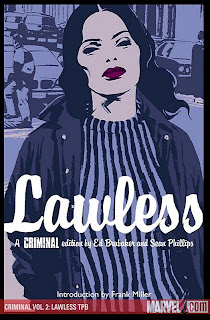 CRIMINAL VOL. 2: LAWLESS TPB - Here's the collection of the second story of this excellent series, if you haven't been following it monthly. It's really good (so far), and you don't have to have read the first volume, so feel free to jump on here if you want.
-----

And that's all. Less and less each month, it seems. Eh, that's fine with me. I think that's it for me for today, but I should have something or other up tomorrow. Besides any other solicitations that I feel like talking about. Hasta!
Posted by Unknown at 9:27 PM