Here's a look at the solicits for stuff DC is releasing in December. You can go here for the full list and all the relevant information. 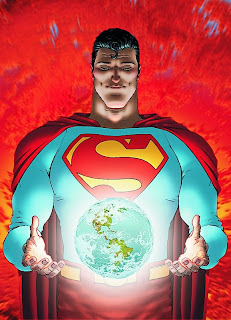 All-Star Superman #10 - Oh yeah, it's always good to see this on the schedule. That's a beautiful cover, with some really nice coloring details and textures. I can't wait to read it. 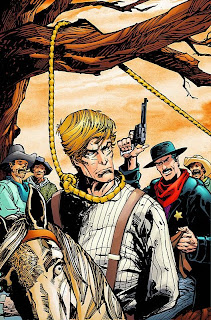 Bat Lash #1 - I don't normally follow western comics, but I'm interested in this for Sergio Aragones' writing (along with Peter Brandvold, whoever that is) and John Severin's art. We'll see if it's worth reading. 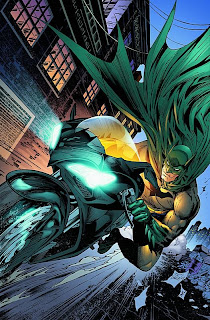 Batman #672 - I'm dropping this book after the current arc ends, but I suppose it's possible that I could pick it up again. This issue is supposed to have more in the story about the impostor Batmen, which is an interesting plot. I'll have to try to remain strong and not get it. 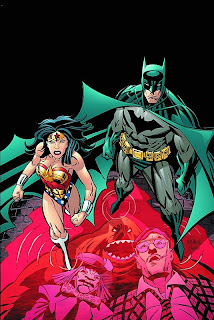 Batman: False Faces HC - I wasn't aware of these stories, which were written by Brian K.
Vaughan and illustrated by various superhero artist types. Does anyone know if they are any good? BKV's pre-Y: The Last Man work (The Hood, Swamp Thing) is not always that great, and I'm really not that interested in Batman stories, so I'll probably pass, especially with the extra price of a hardcover. 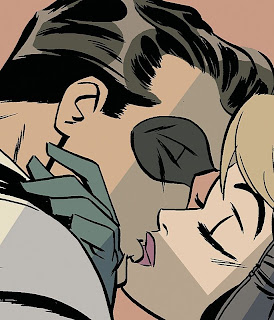 The Spirit #13 - I think this is the first post-Darwyn Cooke issue, and it's like #7, with stories by several creators, including Gail Simone, Michael Golden, and Eduardo Risso. I don't know if I'll keep buying after Cooke leaves, but I'll probably get this issue and the first one or two of the Aragones/Evanier run, at least. 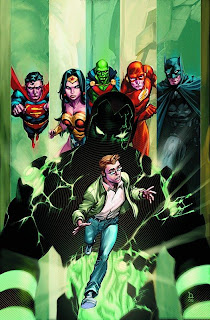 JLA: Kid Amazo TPB - I didn't get this when it recently came out in the pages of JLA: Classified, but I didn't see much in the way of good reviews. Anyone who has read the whole thing, is it worth reading? I like Peter Milligan, but yes, he is pretty inconsistent, and this might be on the lower end of his quality spectrum. Somebody inform me! 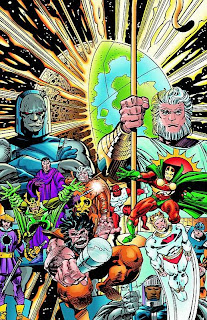 Tales of the New Gods TPB - I don't know if I'm especially interested in New Gods stories from anybody other than Jack Kirby, but these are probably some of the better stories that have been written, from the likes of Mark Evanier, John Byrne, Walt Simonson, Steve Rude, Frank Miller, and Art Adams. Can anyone tell me if this would be worth reading? 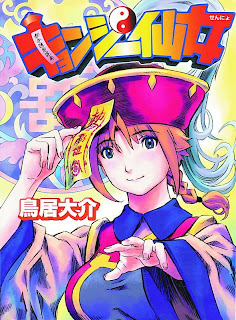 Zombie Fairy volume 1 - This is the first comic that comes from DC's much-celebrated collaboration with Flex Comix, and it seems like it might be interesting; something about a 400-year-old Chinese girl coming back from the dead and getting into crazy antics. The cover reminds me of the hopping vampires I've seen in weird Chinese movies like Mr. Vampire, so maybe this will have some of that sort of strangeness. 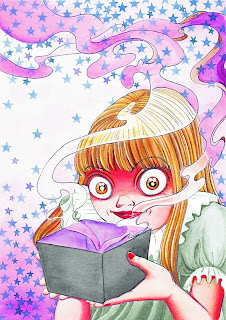 Presents volume 2 - I don't know if this horror series will be any good, but it seems crazy. This volume involves an evil Santa Claus and the Grim Reaper. Fun? Maybe. 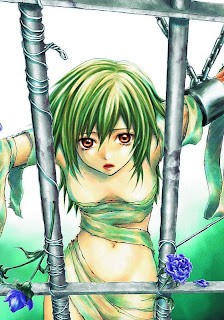 Variante volume 2 - More freakiness about the girl with the demon arm, now with a more cheesecakey cover! Ditto the last entry; I don't know if this will be any good, but it looks interesting. 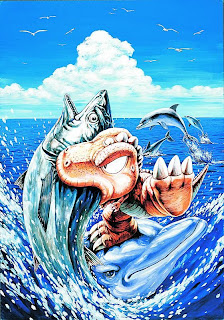 Gon volume 3 - Gon is always fun. And this version is cheap, at only $5.99 per volume. I should pick one of them up sometime. 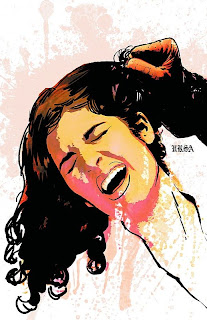 The Programme #6 (of 12) - I'm digging this series (the third issue comes out this week!), so I hope it continues to be good. Not sure what to make of that cover though. 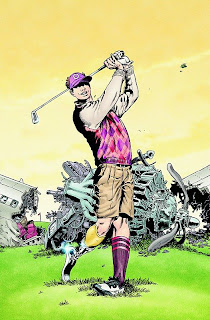 Army@Love #10 - I've dropped this series to wait for the trade, but I had to point out the great cover. 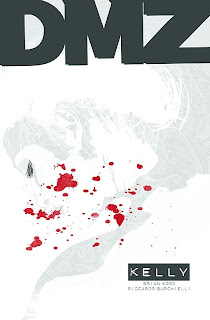 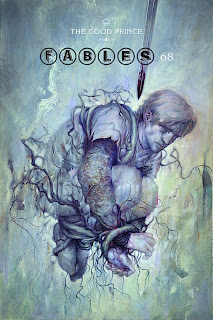 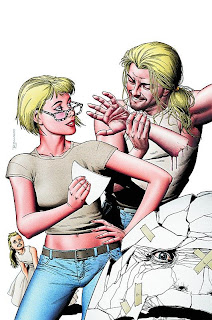 Jack of Fables #18 - Probably soon to be another ditto. Brian Bolland! 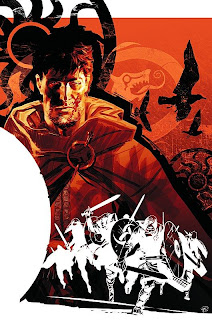 Northlanders #1 - The debut of Brian Wood's new series about Vikings, which I'm fairly excited about. Interestingly, it looks like it'll have a political component, comparing parallels to modern events. After DMZ, Local, Demo, and other books, I trust Wood, and I bet this will be pretty awesome. 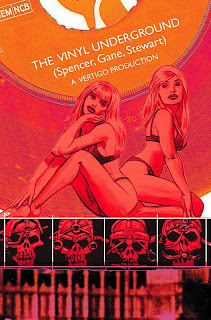 The Vinyl Underground #3 - I'm interested in this series, but it's at the point where I don't know if I'll have anything to say until I read some of it. So I'll just say that the cover (by Sean Phillips) is nice. 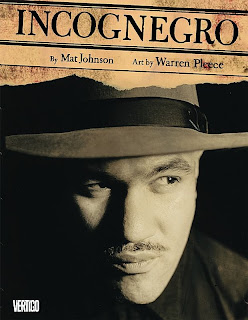 Incognegro GN - Another entry in the recent run of Vertigo graphic novels that seem to be going in a bit different direction than they are known for. It's about black reporters from the northern United States going undercover as whites in the lynch-happy early 20th century South. Might be worth a read. 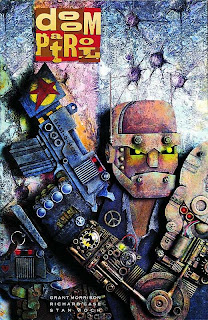 Doom Patrol volume 6: Planet Love TPB - I have all the issues of Grant Morrison's Doom Patrol (although I haven't finished reading them yet), and they're awesome. This finishes the collections of his run, so hopefully DC will get around to collecting Flex Mentallo! 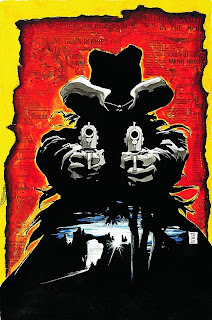 El Diablo TPB - A collection of the miniseries from several years ago, by Brian Azzarello and Danijel Zezelj. I like Azzarello's writing, but I've never read this one. I suppose I could pick it up. 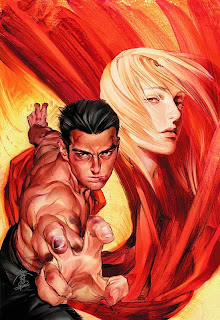 Fight for Tomorrow TPB - Another collection of a miniseries from a few years ago, this time by Brian Wood and Denys Cowan. It's about martial arts, I guess. I know Wood kind of turned a corner a few years ago, so this is probably different from his more recent stuff, but it still might be worth a read. I should also point out the beautiful cover by Jo Chen; I love those splashes of paint.
-----

And I think that's everything that gets my attention. Lots of stuff, really. Marvel should have their solicits tomorrow, so I'll talk about them then. Later!
Posted by Unknown at 6:34 PM