Yup, it's getting to be that time of the month again. See the full info here. Off we go: 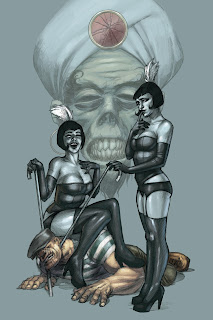 The Goon #20 - Hey, a new issue of The Goon! That must mean Powell is finally done with: 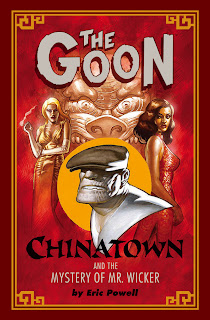 The Goon: Chinatown - Yes! We get some of the Goon's backstory here, along with lots of beatings and gross-out humor (I assume). Can't wait. 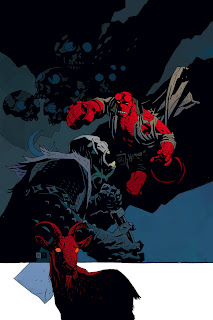 Hellboy: Darkness Calls #6 (of 6) - The final part of the currently-running miniseries. I've enjoyed the first two issues, even if I'm not sure what exactly is going on. I'm sure it will continue to be good. Don't let me down, Mignola! 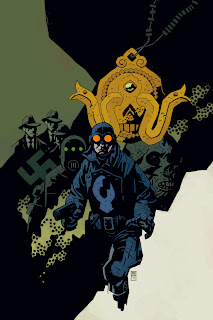 Lobster Johnson: The Iron Prometheus #1 (of 5) - I think this is a Hellboy/B.P.R.D. spinoff, so it'll probably be worth picking up, although I should really get caught up with the Hellboy trades, followed by the various B.P.R.D. series, before I even think about getting this one. It looks like it's set during WWII, so maybe I don't need any previous knowledge. Art is by Ferro City's Jason Armstrong, whom I'm not very familiar with. I'll think about it. 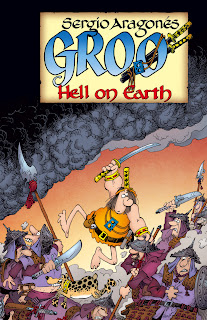 Groo: Hell on Earth #1 (of 4) - Cool, a new Groo series, right after the upcoming 25th anniversary special! Sure to be fun. I'll be getting it, because I'm a sucker for Groo comics. Someday I'll complete my collection of all the issues of the various series. Someday. Hey, how about that image of Rufferto biting that guy's ass? That's a little more crack than Aragones usually shows, at least on a cover. Way to push the envelope! 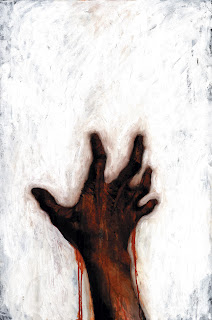 The Secret - This is a graphic novel by Mike Richardson (Dark Horse's publisher) and Jason Shawn Alexander (I guess he added the "Shawn" to avoid confusion with George Costanza). I like Alexander's art, which I last saw in The Escapists. The book looks like some sort of horror/mystery with teens. It might be worth checking out. 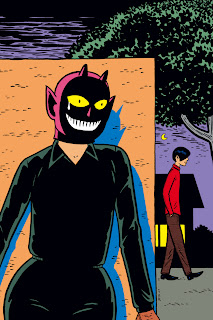 Speak of the Devil #2 (of 6) - More of the sure-to-be-wacky Gilbert Hernandez series! I'm there, and I'm avoiding any spoilers, so I don't know anything beyond what was mentioned in the solicitation for the first issue. But I bet it'll be good. 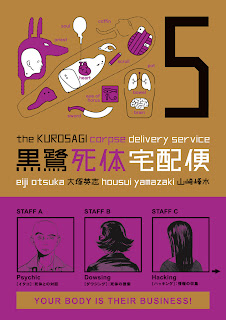 Kurosagi Corpse Delivery Service, volume 5 - I just got volume 2 of this series, so I'm behind, as is usual for manga series that I follow, it seems. Unless I get tired of the book, I'm sure I'll get this eventually. Is this the last volume? I thought I remembered reading that there were only five or six of them, but the solicitation text doesn't say "Final volume!" or anything like that. It does mention that a live-action U.S. movie is "tentatively scheduled for release in 2007." That's interesting; I don't know how well Americans will react to the idea, especially the Buddhist stuff. Anyway, yeah, I'll probably get this, someday.
-----

And I think that's all for Dark Horse. It'll probably be a week or two before the solicits for Marvel, DC, Image, etc. show up, but I'll talk about them when they do.
Posted by Unknown at 3:13 PM