I still have the ever-growing pile of recent books to talk about, but I won't get to them tonight. But here's two that came out yesterday: 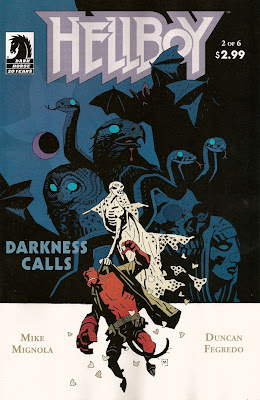 I'm not sure I can follow exactly what's going on here (especially since I haven't read most of the Hellboy oeuvre), but damned if I'm not enjoying it. Hellboy is caught up in some sort of conflict between undead witches, a zombie witch hunter, and a guy who stole the power of Hecate (a former villain, I think). And also Baba Yaga, who apparently has figured into previous volumes (man, I really need to catch up on them). But I'm just going with it, and Fegredo's lovely art helps immensely, whether Hellboy is fighting an undead swordsman: 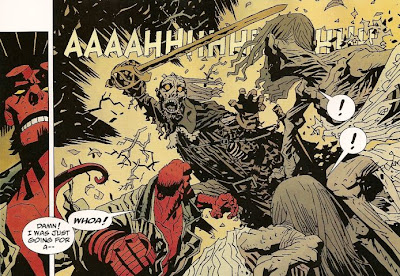 Or flying through the air with a flock of witches (click to enlarge, please; you can't see much in the small version): 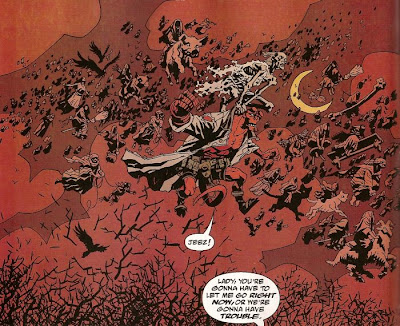 That one right there is in a tie for my current favorite panel. I love all the little details, like the witch that's riding a giant bone, or the one that's surfing on a cauldron. Awesome. Next issue promises more action. I can't wait.
----- 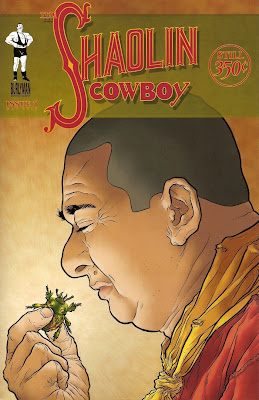 Now this series, you just have to hang on while Darrow throws whatever craziness he can dredge up from the strange depths of his mind. You never know what you're going to see next, and words can't really even describe most of it. It's just wild, frenetic, non-sequitur-filled action from wall to wall. It seems like it should take two minutes to read an issue, but I end up poring over each panel looking at the tiny details. It's totally nuts. Anyway, here's my (other) current favorite panel: 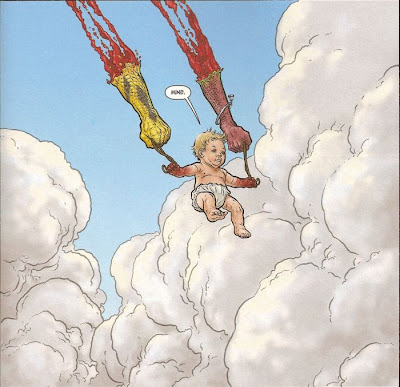 If you want context, buy the issue(s). But I don't know how much that will help. You kind of just have to go with it. And here's another panel I had to share, just for the sheer number of crazy jokes Darrow squeezes into two panels worth of word balloons. I guess I should provide some context for this one; the decapitated head that the Cowboy has been fighting for the last several issues is having its skeleton reconstituted by its (his?) wife, the zombie queen:

Okay, that's it for tonight. I'm out of town again tomorrow, so maybe I'll have something on Sunday.