Wow, slim pickings from Marvel this month. Let's look what I'm interested in: 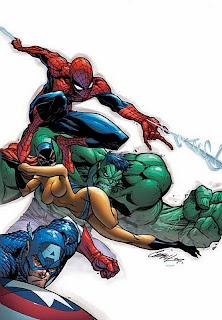 Marvel Comics Presents #1 - Oh boy, we start right off with one I'm not sure about. Really, the only thing that leaps out at me in this anthology title is the Hellcat story by Stuart Immonen. I don't know if I want to drop four bucks for one story out of four. Plus, I hat the J. Scott Campbell cover. Yikes, he draws women skinny. 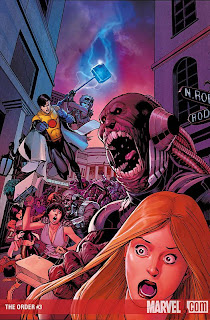 The Order #3 - Well, my idea to call this title "Series Title to be Announced" didn't get accepted, I guess. So it's The Order now. I'm still on the fence. Matt Fraction could make it enjoyable, or it could be completely uninteresting to me. We'll see if I even feel like getting the first issue. 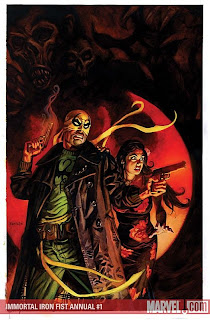 Immortal Iron Fist Annual #1 - I can get behind this Fraction work though. He also has help from Ed Brubaker, of course. The annual features art from Dan Brereton and Howard Chaykin, and looks like it will feature Danny Rand reading the book made from dragon scales to find out the history of the other Iron Fist, Orson Randall. Fun. 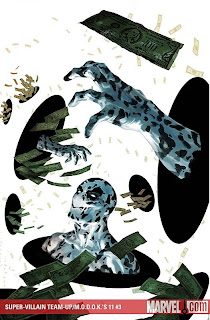 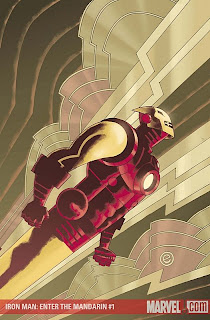 Iron Man: Enter the Mandarin #1 (of 6) - On the plus side, this is written by Joe Casey, and I liked his last Iron Man miniseries, The Inevitable. Of course, Frazier Irving's art was a big part of that one; this is illustrated by Eric Canete, who I've never heard of. And it's all about Iron Man's "never-before-revealed" first meeting with the Mandarin. Yawn. I'm sick of "untold tales" of superheroes. The cover looks nice though. 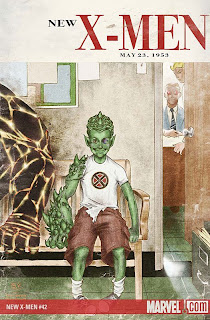 New X-Men #42 - I won't get this, but I like the Norman Rockwell-inspired cover. That's all. 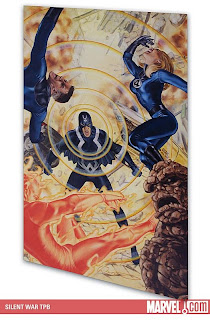 Silent War TPB - I'll probably pick up this collection due to Frazier Irving's art. Plus, I like the Inhumans, and I've heard it's pretty good. 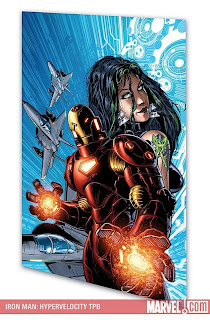 Iron Man: Hypervelocity TPB - I already have all the issues of this (or I will as of tomorrow, when the final issue comes out), but if you haven't read it, I highly recommend it. Adam Warren writing a crazy, non-stop, techno-action-filled artificial intelligence Iron Man story. It's awesome. 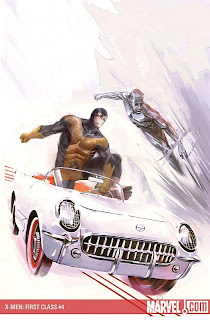 X-Men: First Class #4 - I'm still not sure if I want to get this series, but I do like the cover. It reminds me of the cover of this issue (which was also written by Jeff Parker). Or was that one an homage to an earlier cover? 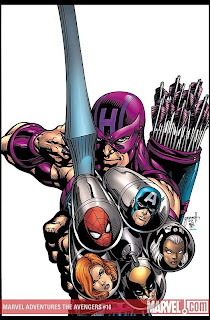 Marvel Adventures: Avengers #16 - Hey, it's Hawkeye shooting Avenger arrows! What a weird cover. The issue is illustrated by "Cafu", whoever that is. I hope it's good. Don't let me down, Parker! 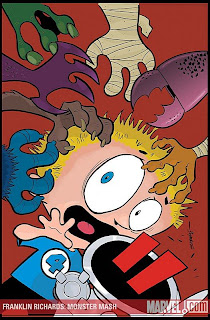 Franklin Richards: Monster Mash - I usually get all the Franklin specials, so this should be no exception. The cover makes me laugh, like always.
-----

And that's all. Huh. I guess I don't read much Marvel stuff anymore. Whatever; leaves me more money for manga, or whatever else I want to read. Anyway, back tonight with another review, I hope.
Posted by Unknown at 2:08 PM