Wow, this was more stuff than I expected. But only a few things that I'm highly anticipating; others get a "this looks interesting" or even a "mmmmmaybe I'll get this". And hey, I'll get semi-professional here and separate books out by imprint: 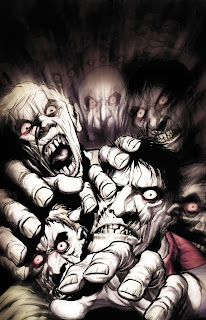 Action Comics #856 - I was originally interested in this story arc solely due to Eric Powell's art, but I'm starting to think I'll pass. I just can't see myself paying money for a Geoff Johns comic. 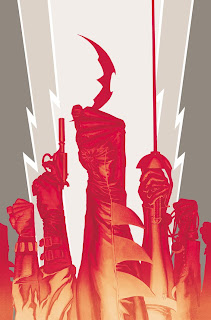 Batman #669 - I'm still on board for this one though. I'm hoping Morrison gets me fully back on board his Batman run with this storyline about the Batmen of All Nations, illustrated by the peerless J.H. Williams III. If not, I'll probably drop the book. Bummer. 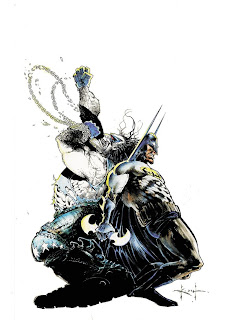 Batman/Lobo: Deadly Serious #2 (of 2) - I'm not planning on buying this Sam Kieth miniseries, but I wanted to comment on the hilarious cover, in which Batman and Lobo look like they're really rocking out. Seriously, give Lobo a microphone and Bats a guitar, and they're like a (more) badass version of Mick Jagger and Kieth Richards. 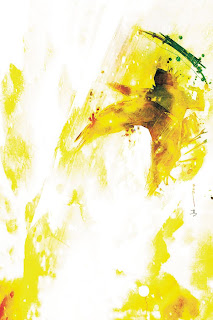 Green Arrow: Year One #5-6 (of 6) - This is another series I'm really on the fence about. I really don't care about Green Arrow's early career, but Andy Diggle and Jock might deliver a really cool action series. And that's a pretty kick-ass cover. Maybe, maybe, maybe. I guess I'll read some reviews of the first issue or two before I decide. Unless I give it a flip-through and it looks too awesome to skip. 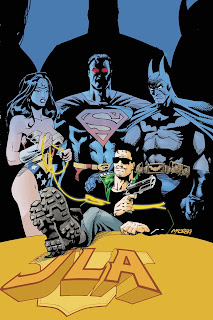 JLA/Hitman #1 (of 2) - Garth Ennis and John McCrea return to their infamous character. Didn't he die (I haven't read the end of his series)? Or is it set in the past? Whatever; I'm sure it will be fun. 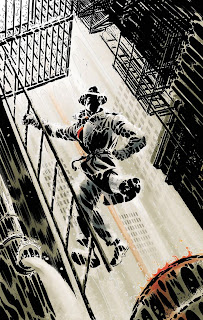 The Spirit #10 - That's a nice-looking cover, isn't it? I love the hint of violence by just a little bit of red mixed in with the rain. I avoided reading the solicitation, but I bet Denny's finally going to confront Alvarro Mortez, the guy behind the long-running subplot of the series so far. 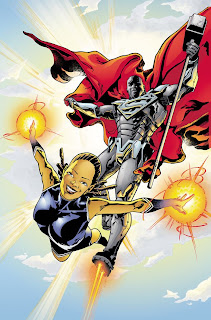 Infinity, Inc. #1 - Yet another "on the fence" comic. Peter Milligan is a draw, but generic DC superhero stuff makes me lose interest. Probably another one to wait for reviews on. 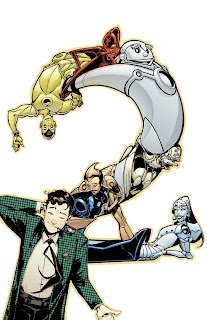 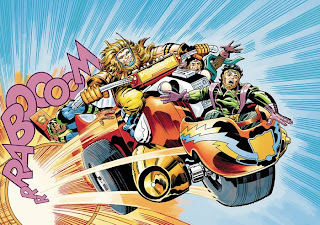 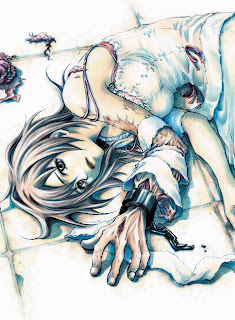 Variante volume 1 - You know, in all my manga purchases, I don't think I've ever bought a CMX book. Looks like I might be starting soon though. This series is about a girl who has the arm of a monster grafted onto her body, and can't control it as it murders people, or something like that. Sounds like a cool horror concept, and I like the cover. I might check it out. 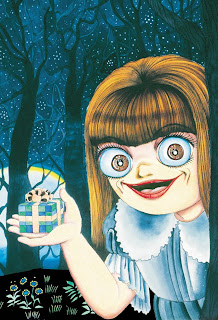 Presents volume 1 - And then there's this freaky-looking horror manga about a little girl who gives gifts to people that end up exacting a high price. Damn, scary kids can be creepy. Looks like it could be fun, in a Junji Ito sort of way. 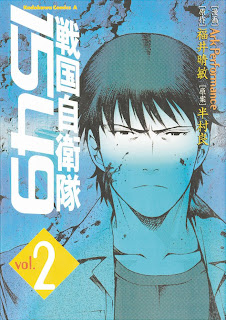 Samurai Commando: Mission 1549 volume 2 - This manga about a time-traveling commando team in samurai times looks awesome. I hope it doesn't let me down. 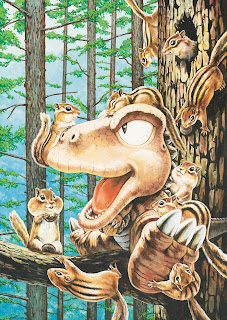 Gon volume 2 - I have the first volume of the old Gon series, and it's pretty enjoyable. I don't think I'll be rushing out to get this new edition, but it's one that I might pick up eventually. Hey, he's a cute little guy, and he's pretty badass too. 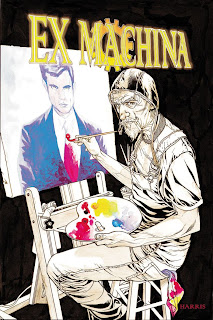 Ex Machina #30 - Have I mentioned that I love this series? Okay, good. Looks like some Kremlin scheming in this issue. But you never know, maybe it's all about painting a picture. 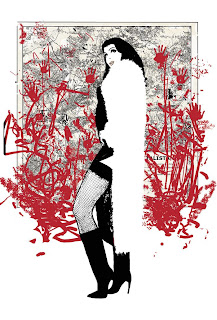 The Programme #3 (of 12) - This is another case of a book that's hard to talk about until the first issue comes out. I'll just say I'm eagerly anticipating it. Peter Milligan! 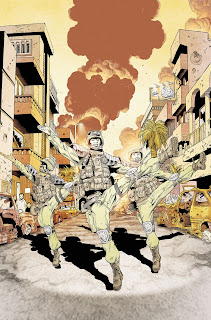 Army@Love #7 - Rick Veitch! That cover cracks me up. I don't know what to say about it, except expect more weirdness, satire, and subversive political criticism. And sex. 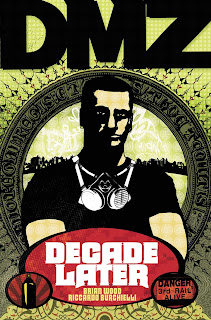 DMZ #23 - Here's another of my favorite series. Looks like this issue is an epilogue of sorts to the "Friendly Fire" storyline. Interesting cover; it's a bit different from the usual style, but still very striking. 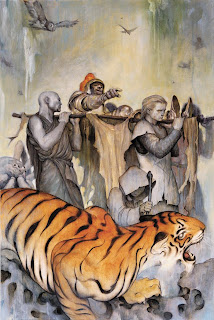 Fables #65 - I only comment on the covers here, since I read the book in trades, and this one is very nice, as always. But isn't Shere Khan dead? Maybe he came back to life. Or maybe it's a flashback. Or a different tiger. Whatever the case, it's a striking image, and I can't wait to read the collected edition when it comes out (probably next year). 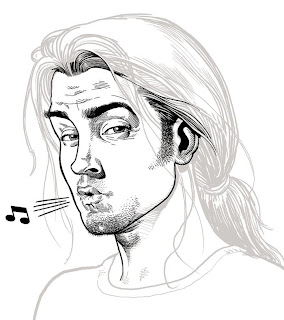 Jack of Fables #15 - I do read this book monthly, for some reason. Not that I don't like it, but I guess I like the singles here better than the collected versions. Anyway, I don't know if that's the final cover image, or an unfinished drawing, or just part of the final cover. If it's supposed to look unfinished, maybe they're throwing in a meta aspect to Jack, which would be fun (although the whole Fables thing is kind of meta already). 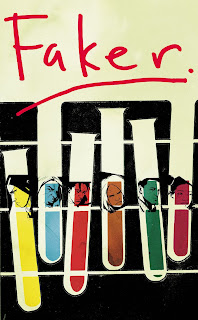 Faker #3 (of 6) - I'm not sure about this book either, but I'll read at least the first issue or two. Gotta love the cover designs by Jock. He's got talent, he does. 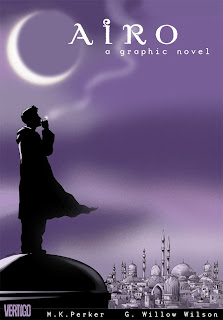 Cairo GN - This is a bit odd for Vertigo, in that it's an original graphic novel by first-time creators. The subject matter seems right up their alley, as apparently it's an Altman-esque story about a genie and magic and the afterlife set in modern-day Egypt. Could be interesting, but due to the unknown creators, I'll probably wait for reviews and maybe pick it up in softcover. 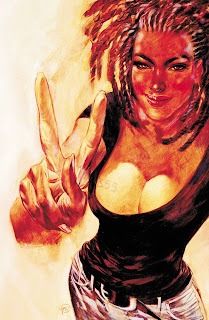 Y: The Last Man #58 - Almost to the end now. Looks like 355 isn't gone from Yorick's life yet, after she left him alone last issue. I think she's trying to attract him with her tattooed cleavage. I avoided the solicitation text, so I don't know what's happening, but I bet it'll be compelling.
-----

Whew! That's it for DC. Marvel is coming next.
Posted by Unknown at 8:44 AM