Hey, I did manage to do another post tonight. Here's a look at what I'll be buying (or won't, considering my new trade-waiting policy), broken down by imprint (with Vertigo and Wildstorm combined, since there are one or two books that I'm not sure which category they fall into): 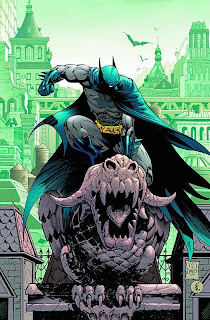 Batman #670 - This is the deciding issue for me. If I don't like the previous arc with J.H. Williams III, I'll be dropping the book. Hell, maybe I should drop it and wait for the trade anyway. Tony Daniel is the new artist as of this issue (and who knows for how long). I'm not familiar with him, so he's not a deciding factor for me. Con: this issue ties into some sort of "resurrection of R'as al Ghul" storyline; the cover is generic Batman/gargoyle posing. Pro: It continues the "son of Batman" storyline; it guest-stars I-Ching, from the wacky "superspy" period of Wonder Woman; Grant Morrison is still writing it, right (yes, I know he is)? So while I'll be buying the "Batmen of all nations" arc, this might be the issue that makes me drop it. We'll see. 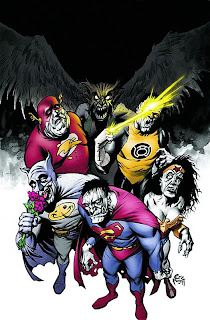 Action Comics #857 - I probably won't be buying this storyline (unless Eric Powell's art makes it compulsory on a flip-through), but this is a pretty nice cover. Even if Grant Morrison and Frank Quitely just did the Bizarro Justice League in All-Star Superman, and probably much better than Geoff Johns and Richard Donner could ever hope to. 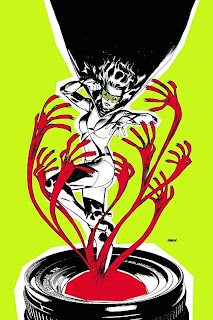 Uncle Sam and the Freedom Fighters #whatever - I won't be buying this, but I wanted to point out the really nice-looking cover by Dave Johnson. 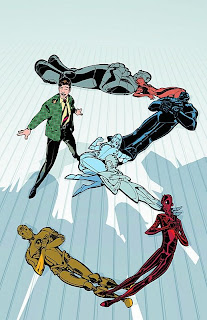 Metal Men #3 (of 8) - Man, judging by the covers, this series is looking nice. The "Metal Men in the shape of the issue number" might get tiresome if it keeps up though. As per my current policy, I'll wait until a trade comes out if I buy it, so hopefully it will be good. 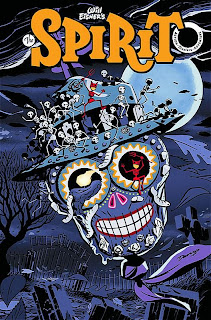 The Spirit #11 - That's a pretty freaky cover. Good timing to have this issue come out in October to coincide with Mexico's Day of the Dead (it is in October, right?). This might be a conclusion of sorts to the Mortez storyline, or it could just be more subplot. Whatever the case, I bet it'll be fun. 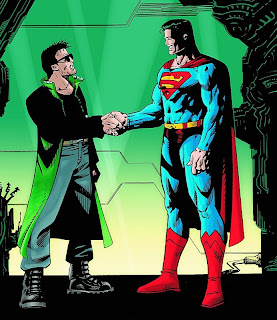 JLA/Hitman #2 (of 2) - I already pre-ordered this, so I'll be buying the issues rather than waiting for a trade. I don't know if they plan to collect a two-issue series anyway. I hope it will be good. Oh, and I don't think that's the actual cover; it's probably a panel from the issue. 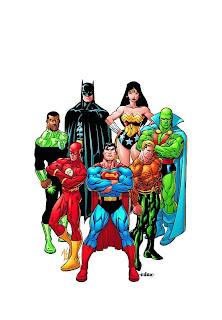 JLA: Ultramarine Corps TPB - This collects the first three issues of JLA Classified, which, in case anybody didn't know, served as a sort of prologue to Grant Morrison's Seven Soldiers. It's by Morrison and Ed McGuinness. The book also includes JLA/Wildcats, and I have no idea if that's any good. I think it was written by Morrison, back during his JLA run, so it's probably worth reading. 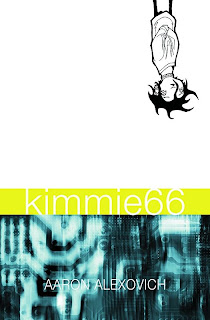 Kimmie66 - This is some sort of futuristic virtual-reality online computer game story from Aaron Alexovich. It sounds kind of cool, and might be worth reading. Maybe, baby. 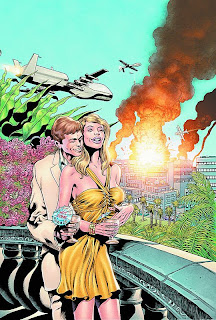 Army@Love #8 - Like I say every month, more Rick Veitch craziness. I'm thinking I'll switch to trades on this one, as soon as I figure out which issues the first trade collects (the first six, I expect). 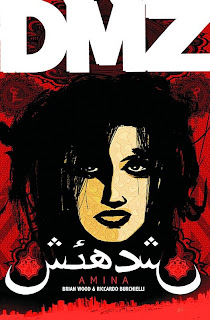 DMZ #24 - Looks like this one is a single-issue story focusing on the character of Amina, from the "Public Works" storyline. I'm figuring I'll switch to trades on this book as well, probably after the "Friendly Fire" story arc. 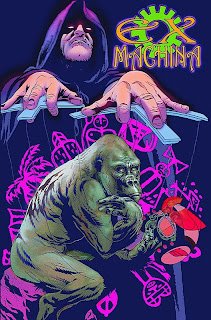 Ex Machina #31 - Hey, that's a cool cover. You can't go wrong with a gorilla, right? And, not to get monotonous or anything, but I'm figuring I'll switch to trades on this book too. The collection of the "Power Down" arc (which ended last issue) comes out in October as well, so I can drop the single issues right away. 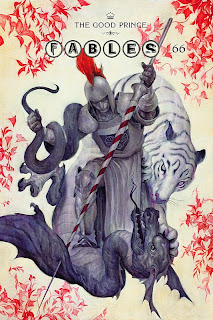 Fables #66 - I already collect this in trades, so I'm just pointing out James Jean's beautiful cover, like I do every month. 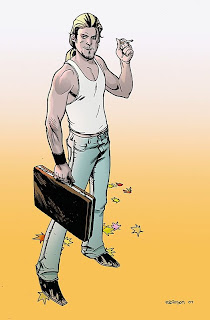 Jack of Fables #16 - I'm still getting the monthlies on this series, but probably only until issue 18, or whenever the storyline ends. And I'll switch to trades on this one too. I'm sensing a theme here. By the way, the image above is by Andrew Robinson, the artist for this issue, rather than cover artist Brian Bolland. Those scamps are always trying to surprise us with the Bolland covers. It's a nice image though, even if I am partial to the regular art team of Tony Akins and Andrew Pepoy. 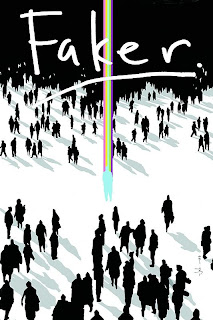 Faker #4 (of 6) - I missed the first issue of this series, and I was probably going to wait for the trade anyway, so it looks like that's what I'm going to do. I hope it's good. If it's not, I probably will hear about it and thus won't buy it. 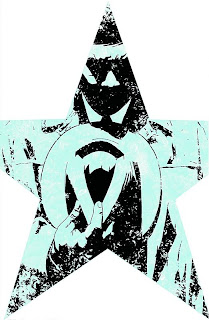 The Programme #4 (of 12) - I hope this series is good, because I already preordered it. I guess I'll find out on Wednesday this week. Don't let me down, Milligan! 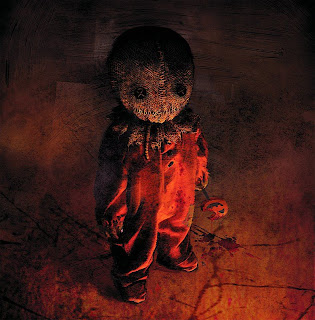 Trick 'R Treat #1-4 (of 4) - This is a weekly series that ties into a movie of the same name that's coming out around the same time. I don't know if it will be worth getting, but the art in at least one of the issues is by Mike Huddleston (The Coffin), so it will be worth a look. 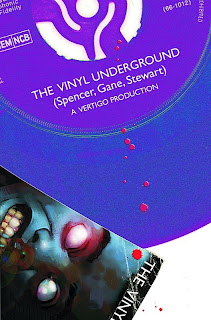 The Vinyl Underground #1 - This new ongoing series seems pretty interesting, about a group of crime-solvers in London, involving magic and stuff. It's written by British TV writer Si Spencer, with art by Simon Gane (who did some really good art in the miniseries Paris) and Cameron Stewart, with covers by Sean Phillips. Might be good. This is where I wonder whether to wait for a trade or try out the first few issues. I do want to support good Vertigo books, so maybe I'll buy the first several issues (or fewer if I don't like it) and then switch to trades after the initial storyline. We'll see what I decide.
-----

Looks like that's everything of interest for this month. This list will probably shrink considerably if I do end up switching to trades on all the titles I mentioned. Huh. Well, keep an eye out for my look at other solicits this week. And other reviews, and etc.
Posted by Unknown at 7:58 PM