Wow, not much to interest me from Marvel in October. I wonder if I should even bother doing this when I'm going to be switching mostly to trades. Huh. Anyway: 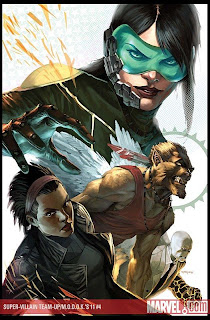 Super-Villain Team-Up/M.O.D.O.K.'s 11 #4 (of 5) - I still haven't decided whether to buy this in single issues or wait for the trade. I suppose I should probably wait, so I can save money in case it's not good. I guess the final decision will be tomorrow, when the first issue comes out. 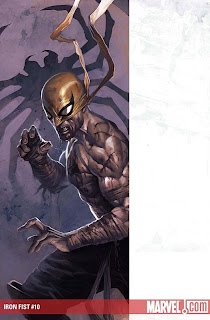 The Immortal Iron Fist #10 - I already dropped this one to switch to trades, so I probably shouldn't bother listing it. But I bet it will be good. 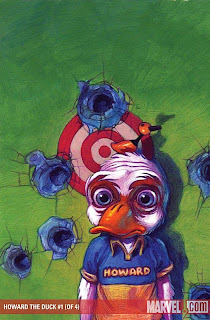 Howard the Duck #1 (of 4) - Hey, a new Howard miniseries! This one is written by Ty Templeton, who can be pretty good when it comes to funny stuff, I think. But the real draw is Juan Bobillo on art. He used to draw She-Hulk, and has a really cool cartoony style. I might check the book out (when it's collected, probably) just because of him. 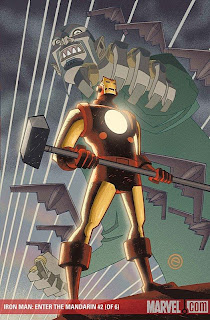 Iron Man: Enter the Mandarin #2 (of 6) - I like the cover on this issue, but I'll be waiting for it to be collected if I read it at all. Joe Casey is usually pretty good, so I hope this is worth reading. 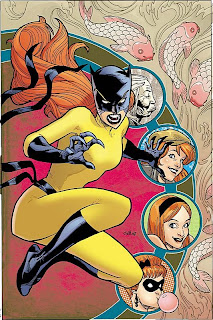 Marvel Comics Presents #2 - I have no Idea how this works with my trade-waiting policy, since it's an anthology series. If it's collected, will different stories be collected separately? For that reason, I might end up getting the first several issues for the Stuart Immonen story. Huh. 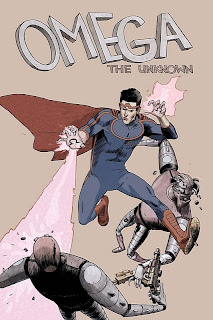 Omega the Unknown #1 (of 10) - Wow, it seems like a really long time ago that this Jonathan Lethem-written series was announced, so it's good to see it finally coming out. He's a writer that I really like, so I've been excited about it since that original announcement. Farel Dalrymple provides the art (along with Paul Hornschemeier!), and it looks pretty nice. The question is whether to buy the issues or wait for a collection. I would like to support the book, but I think it would probably be best to wait. I'll almost certainly pick it up though.
-----

And that is it. Wow, I've slashed my purchases on this mainstream stuff, haven't I? I thought about mentioning stuff like The Order (which I'll be buying in trades, if at all), Marvel Zombies 2 (which I won't buy, but wanted to decry the fact that Sean Phillips is wasting his time on it instead of doing more Criminal), or various other books, but I figured a brief mention in this sentence would suffice. Another review tonight? Maybe!
Posted by Unknown at 2:27 PM