Well, more information has been released (and you might want to check that link, because there's some stuff in there that looked interesting, but if I said anything about it I would probably just copy and paste the solicitation text), so there's more to talk about: 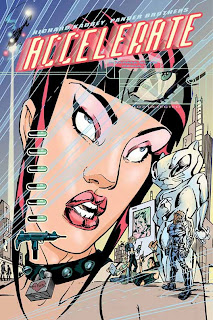 Accelerate GN - I vaguely recall hearing something about this miniseries (this volume collects the four issues), but I've never seen it on the shelves. It's written by Richard Kadrey, who I believe is a science fiction author, and drawn by the Pander brothers, who I think are well-known in indie comics circles, although I've never read any of their stuff. It sounds like an interesting sci-fi premise. Does anybody know if this is any good? 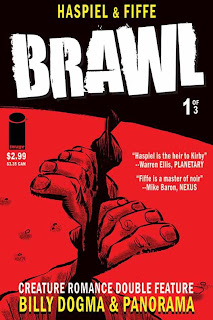 Brawl #1 (of 3) - This looks pretty interesting. It's the print version of some webcomics from the Act-I-Vate group, who count Nick Bertozzi (The Salon) and Michael Cavallaro (Parade (With Fireworks), see below) among their number. This series features Dean Haspiel and Michael Fiffe, with the titular brawl being the face-off between their respective stories. I'm familiar with Haspiel (from recent American Splendor comics, and probably some other stuff that I can't think of at the moment), but not Fiffe; however, the solicitation describes Fiffe's style as "manga-inspired Ditko noir", and that sounds pretty cool. I'll probably be getting this. 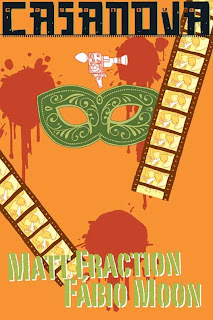 Casanova #10 - Oh hell yes. Not much to say, except I find the film strip of what appears to be a woman fellating a gun to be interesting. 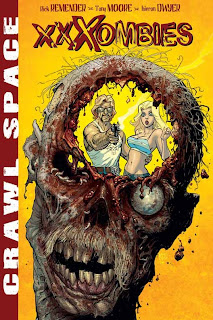 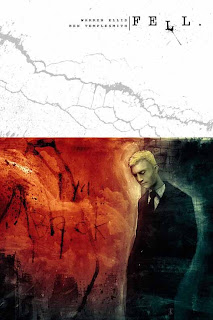 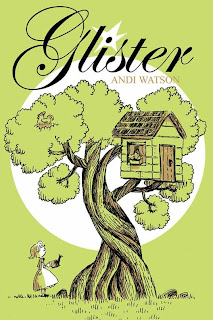 Glister #2 - Did the first issue of this series come out and I missed it? I don't know if I'll be getting it or not, but I would have noticed it, I think. 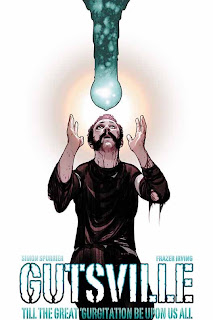 Gutsville #6 (of 6) - When is the second issue coming out? I loved the first one, so I'm eagerly awaiting future installments. 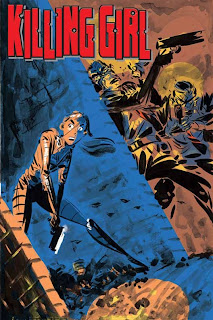 Killing Girl #3 (of 6, I think) - I hope this series is good. I'm getting it for Frank Espinosa's art, and I hope the story isn't terrible. 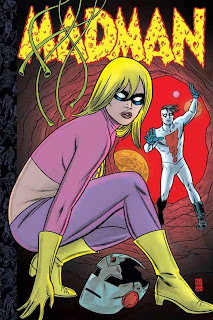 Madman Atomic Comics #6 - It might be saying something that I caught my breath upon noticing Adam Balm's smashed helmet there. I guess I'm a huge nerd for Madman. Looks like we are heading away from the existential stuff of the first three issues, as I suspected. And hey, the Atomics are always cool, right? 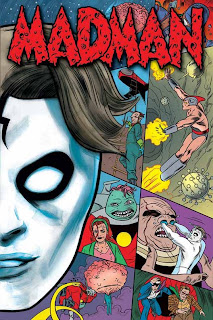 Madman volume 2 TPB - And if you're still trying to get caught up on older Madman stories (and don't want to shell out $125 for the Gargantua volume), this collects Madman Comics #1-11. Good stuff here, including crossovers with Hellboy and the Big Guy from Frank Miller and Geof Darrow's Big Guy and Rusty. And lots of other cool stuff. Mike Allred is awesome. 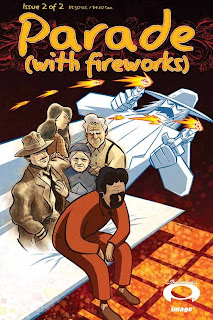 Parade (With Fireworks) #2 - This series is looking really good. I think I'm going to have to get it. 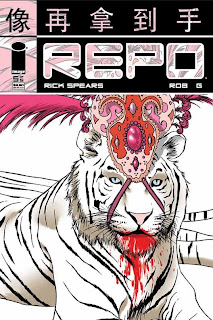 Repo #5 (of 5) - The issue that comes out tomorrow is the "make or break" installment of the series for me, so I don't know if I'll be buying this installment. That's a nice cover though. 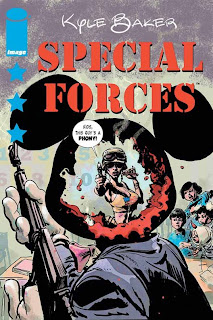 Special Forces #3 (of 6, I think) - Wow, is that cover a reference to the anti-Jewish children's TV character on Al-Jazeera that was a big deal in the news a month or two ago? If so, that's fast work. I love Kyle Baker, and I hope this series is as great as it looks. 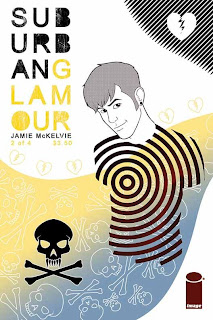 Suburban Glamour #2 (of 4) - This series certainly looks nice, but I expect I'll wait until it's collected to buy it. And I need to pick up the trade of Phonogram someday too...
-----

Okay, I think that's it. There might be some other notable stuff in the list on that page, but this is what I thought deserved comment. I'll try to do another look at solicits from smaller publishers (Oni, Avatar, etc.) later in the week, and like I said in my last post, maybe a review tonight. We'll see.
Posted by Unknown at 4:43 PM