So here's what I am interested in from Dark Horse's August offerings: 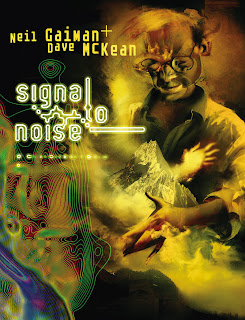 Signal To Noise - A reprint of the early Neil Gaiman/Dave McKean collaboration (their first?). I've read it, but I don't remember much about it. I don't know if it's worth $25. 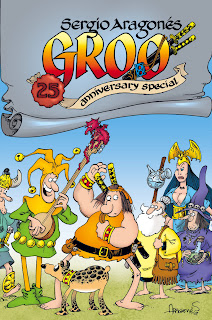 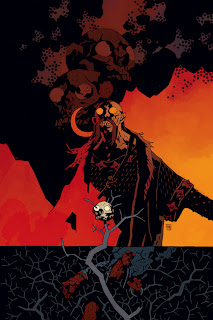 Hellboy: Darkness Calls #5 (of 6) - I liked the first issue, so it looks like I'm on board for the miniseries. Nice cover. 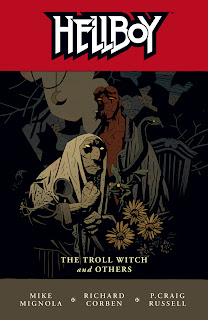 Hellboy volume 7: The Troll Witch and Others - I'm not sure if I want to get this. I already have the two-issue series Makoma, but I wouldn't mind having a collection of the Hellboy stories from the Dark Horse books of Monsters, The Dead, etc. Plus, there's a new story with art by P. Craig Russell! 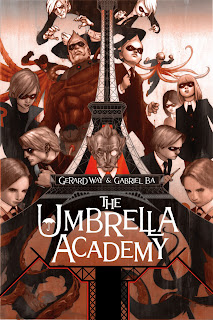 The Umbrella Academy #1 (of 6) - I dug the Free Comic Book Day that I think serves as a prequel to this series, so I'll be getting at least the first few issues, and probably the whole schmear. Here's the solicitation text:

Once, the Umbrella Academy was unstoppable. Under the tutelage of their guardian and mentor, Dr. Reginald Hargreeves, its members spent their childhoods fighting evil and honing their extraordinary gifts.

Until something went terribly wrong.

Now, nine years later, the estranged members of the Umbrella Academy are reunited by the death of the only parent they’ve ever known and the rise of a new and terrible threat. Will they be able to overcome their history for long enough to save the world—one more time?

Interesting. Sounds like more than just the supernatural crime-fighting adventures that the sampler seemed to indicate. I hope it's good. If nothing else, I love the James Jean cover. 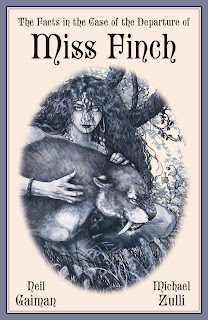 The Facts in the Case of the Departure of Miss Finch - Is this new, or a reprint of something else? It's a story by Neil Gaiman and Michael Zulli, and it sounds familiar, kind of like that Alice Cooper comic they did a while back. It's $13.95 for 56 pages, so I don't know if I'll get it or not. Maybe.
-----

And I think that's all from Dark Horse that interests me. I assume this means Marvel, DC, and Image will have solicits next week, so I'll talk about those then. I also hope to have some reviews up later today, so see you then!
Posted by Unknown at 1:57 PM