I guess I missed it, but All-Star Superman #9 is listed without a cover image. Cool, that means we're getting two issues of the book between now and August, which is really more than I was expecting.
-----

Yup, it's that time of the month, in which we look at what will be coming out three months from now and bitch about lame covers or whatever. I stick to what interests me, but you can look at the entire listing on Newsarama or CBR. Off we go: 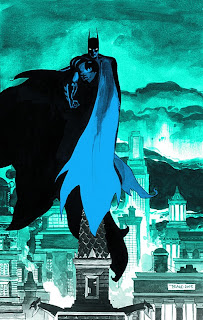 Batman Annual #26: The Head of the Demon - I normally wouldn't care about this sort of thing, but it's written by Peter Milligan, so it might be worth checking out. Something about a rivalry between immortals that ends up changing Batman's life forever, from some time in the past! Um, yeah. 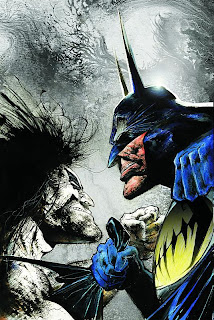 Batman/Lobo: Deadly Serious #1 (of 2) - Wow, that is one of the odder Batman chest logos I've ever seen. I doubt I'll get this, but it's worth noting due to Sam Kieth's art (and writing). 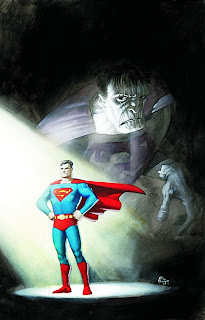 Action Comics #855 - I normally wouldn't touch a comic written by Geoff Johns and Richard Donner, but I'll probably end up getting this storyline for Eric Powell's art. I hope it's worth it. 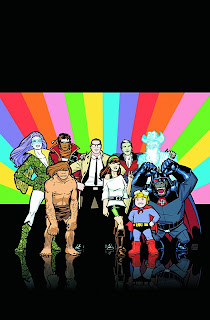 Dr. Thirteen: Architecture and Morality TPB - I've been hearing nothing but good things about this series of backup strips that has been running in Tales of the Unexpected. They're by Brian Azzarello and Cliff Chiang, and they're supposedly quite hilarious. I hope the book is good. 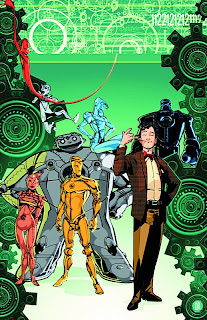 Metal Men #1 - A new ongoing that interests me. I haven't read many Metal Men stories, but they're a cool concept, so this could be fun. I don't know much about Duncan Rouleau though. Didn't he do The Horrorist, or something like that? (UPDATE: It was The Nightmarist). I might or might not check this out. 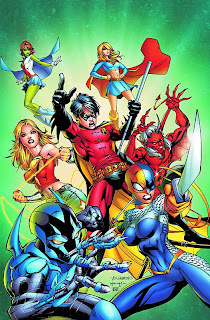 Teen Titans #50 - I'm very, very hesitant to read any Teen Titans books, but this is the debut of Sean McKeever as the writer of the book, and I'm curious if I might like it due to my love of his Spider-Man Loves Mary Jane. It's a dilemma. 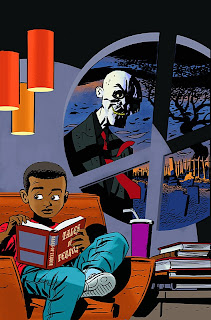 The Spirit #9 - Darwyn Cooke. Ebony White. A horror story or something. Should be good. 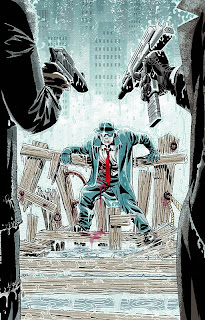 The Spirit volume 1 HC - I have all the issues, so I won't be getting this, but I wanted to point out the gorgeous cover. I recommend it if you haven't been reading the book. 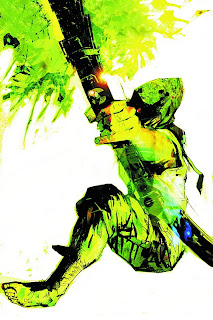 Green Arrow: Year One #3-4 (of 6) - I still can't believe I'm probably going to be reading a Green Arrow book, especially one of these retcon/"fill in the backstory" tales. I hope Diggle and Jock make it worthwhile. Of course, the first issue might completely turn me off, and then I'll be spared the indignity. 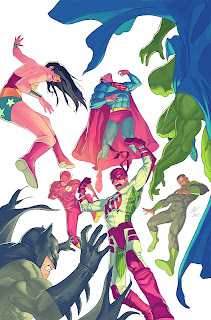 JLA Classified #41 - The final part of Peter Milligan's "Kid Amazo" storyline. I haven't really heard anything yet about whether this is "good Milligan" or "bad Milligan", so I don't know if I'll eventually read this or not. I'll get the collection if I do, but I wanted to point it out either way. 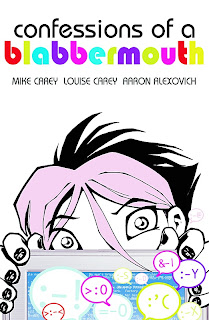 Confessions of a Blabbermouth - August's Minx offering, written by Mike Carey and his teenage daughter Louise, with art by Aaron Alexovich, whom I'm not familiar with. I think this will be one to wait and read reviews before I decide whether to buy it. 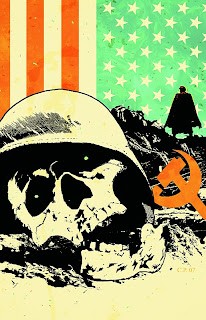 The Programme #2 - The second issue of the Peter Milligan Wildstorm series. Um, not much to say about it until the first issue shows up, is there? 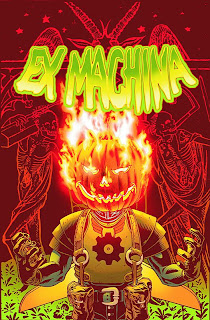 Ex Machina: Masquerade Special - A one-shot about Mitch's superhero days, illustraded by John Paul Leon. Huh. I'm sure it will be interesting, but Leon's art style is quite different from Tony Harris's. I'll read it (and probably enjoy it) anyway. 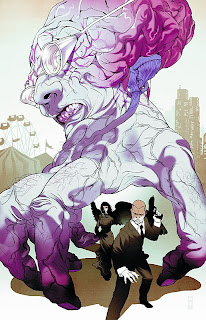 The Un-Men #1 - I don't know about this one. It's a spin-off of Swamp Thing, I think, written by John Whalen (who?) with art by Mike Hawthorne. Is he the guy who does Hysteria? I haven't read that one, and I'm not really familiar with him. This could be interesting, but I'll probably skip it. 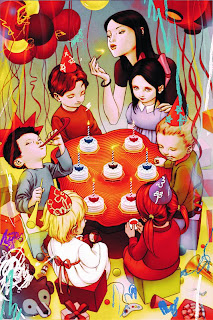 Fables #64 - I read this series in collections, so I usually just mention it in each month's solicitation to marvel at the James Jean cover art, and this month is no exception. I especially like the crayon scribbles on the image. One thing to mention: art in this issue is provided by Aaron Alexovich, the guy doing the aforementioned Minx book (and also the upcoming Minx title Kimmie66). 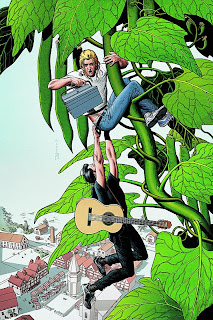 Jack of Fables #14 - I guess we've got official confirmation that Brian Bolland is the new cover artist, and he did a great job with this cover. I've been curious about who this dark-haired doppelganger of Jack is, so it looks like we're going to find out. 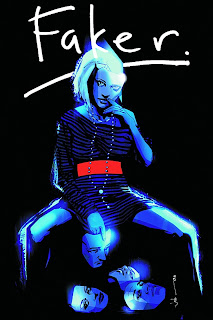 Faker #2 - I didn't realize this, but I guess this is a 6-issue miniseries rather than an ongoing. Okay. Still looks interesting, but it's another case of not much to say until the first issue arrives. Creepy cover though. 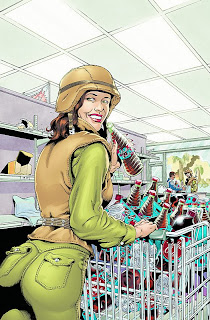 Army@Love #6 - I try not to read the solicitation text on series I like, so I don't know what happens in this issue. The cover is cool though; I love Veitch's somewhat surreal juxtaposition of different elements, in this case consumerism (and looting?) with war and sex. Plus, the weirdly cheerful attitude the characters seem to display in a war zone. Crazy stuff, and I hope he keeps it going for a long time. 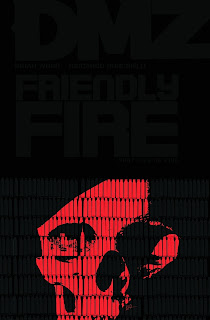 DMZ #22 - The final part of the "Friendly Fire" storyline. Nice cover, as usual. Again, not much to say, other than that this is one of my favorite comics. 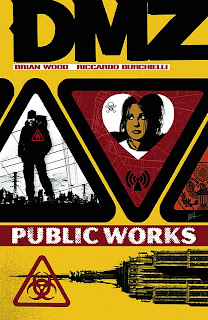 DMZ volume 3: Public Works - This is a really good storyline, with some truly harrowing scenes. I recommend checking it out if you haven't been following the series monthly.
-----

And I think that's it for August. Marvel's stuff will probably be up tomorrow or whenever, and Image is usually later in the week. And it might be worth looking for other companies like IDW, Boom!, or Avatar. I'll try to keep everybody posted.
Posted by Unknown at 6:55 PM