So here's Marvel's output in a few months. Man, I'm getting tired of mainstream Marvel and DC books these days. There are only a few here that I'm really interested in, and some others that seem like possibilities, but out of the large amount of stuff on offer, most of it does not interest me in the least. Anyway, here we go: 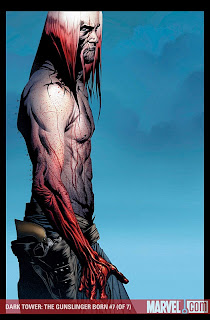 The Dark Tower: The Gunslinger Born #7 (of 7) - The final issue of the first Dark Tower miniseries, with the standard creepy cover. I don't know what else to say, except I hope it's good. 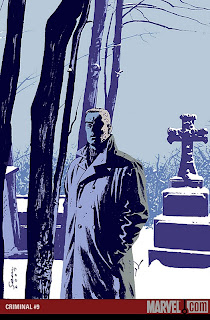 Criminal #9 - Another issue in the second story arc. Again, not too much to say. This arc starts with #6, which comes out tomorrow. Maybe that will give me something to talk about for future issues. 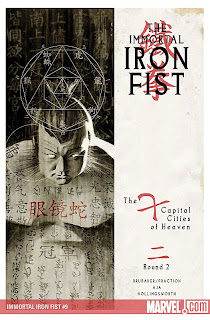 The Immortal Iron Fist #9 - Cool cover. Looks like the second story arc is going to be called "The Seven Capital Cities of Heaven", and will find Iron Fist(s?) battling representatives of the various celestial municipalities. It should be awesome. 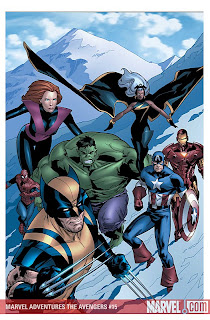 Marvel Adventures: Avengers #15 - Looks like the Avengers go to Asgard and fight the gods in this issue. Cool. Leonard Kirk is still on art. This should be fun. 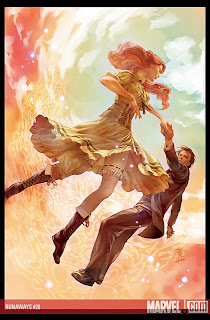 Runaways #28 - I'm not sure what to say about this one. Nice cover though. I hope Joss Whedon's story arc gets better after the last disappointing issue. Looks like time-travel shenanigans. Make it cool, Joss! 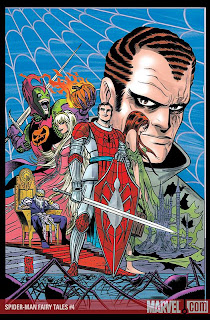 Spider-Man Fairy Tales #4 (of 4) - I really have no interest in the "fairy tale" books that Marvel is doing; I got the issue of X-Men Fairy Tales that Kyle Baker drew solely for the art (which was its only redeeming value), and it looks like I'll be doing the same for this issue featuring Nick Dragotta and Michael Allred. I wish they could just do a story though, instead of trying to shoehorn Spider-Man or the X-Men into it. 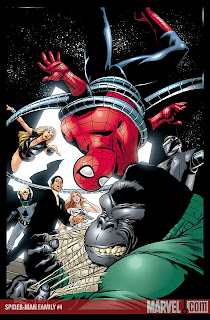 Spider-Man Family #4 - Man, looks like I'll end up getting this silly thing too, due to the team of Jeff Parker and Leonard Kirk doing a story about Spidey meeting the Agents of Atlas. It better be worth it, Parker! 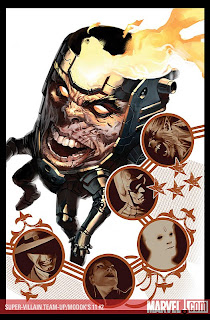 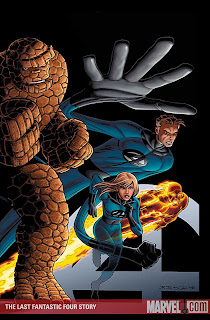 The Last Fantastic Four Story - I don't know about this one. It's by Stan Lee and John Romita Jr. JRJR's art isn't really a big draw for me, but it's not like I dislike him. And Stan Lee seems to be a bit past his prime (to put it mildly), but it might be hard to pass up a FF story from him. I dunno, I might or might not get it. 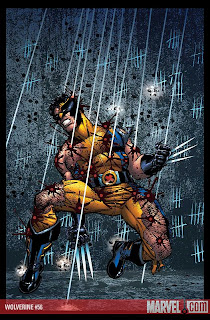 Wolverine #56 - I usually have no interest in Wolverine, but this issue (arc?) is written by Jason Aaron (The Other Side, which I really liked, and Scalped, which I haven't read), with art by Howard Chaykin. I might pick it up, but it's a tough sell. 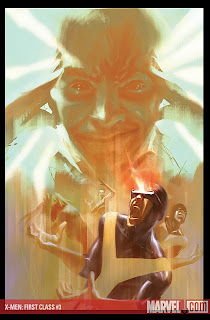 X-Men: First Class #3 - I'm slightly interested in this series, due to Jeff Parker's writing and the enjoyability of the special that came out last week. The drawbacks for me are Roger Cruz's art (blah) and the "hidden years" nature of the story, which doesn't interest me. It's yet another one that I'll have to decide about. 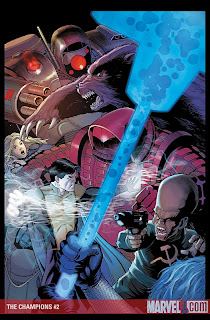 Series Title to be Announced #2 - It cracks me up that that's how the book is listed in the solicits, since Marvel doesn't have the trademark to "The Champions". I hope they use that as the final title and make it a plot point, with the characters in the book itself having a copyright dispute over their team name. That would be awesome. Anyway, this is yet another case of me not sure whether to pick up the book, with the appeal being Matt Fraction's writing. As I mentioned above, I'm souring on Marvel (and DC), so I'm leaning toward giving them as little of my money as possible.
-----

Okay, I think that's it. Oh, except Astonishing X-Men, which solicited without a cover image. I'll be getting that one. I'll show/discuss Image's offerings whenever they post them. And I think I have a review that I'll write tonight. We'll see.
Posted by Unknown at 2:02 PM