"The flotsam of the universe cannot hide you!" 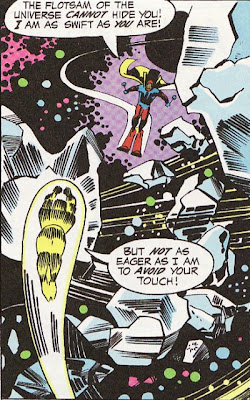 That's Lightray he's chasing, and I don't think he'll ever catch him (never mind). Also in this issue, Orion reveals his true face: That's a pretty cool bit, especially since I know the eventual revelation about him. He also gets to demonstrate his Kirby-dot powers: 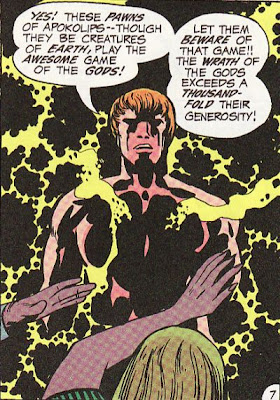 Later, the Black Racer engages in a bit of unfortunate racism: 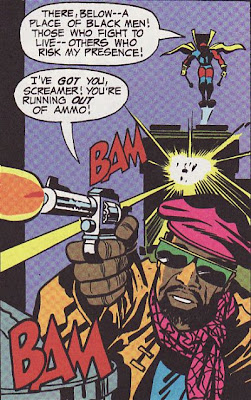 I'm not sure what to make of that bit of dialogue. Is the Racer using "black" as a synonym for "evil"? Or is he saying that African Americans are prone to violence. I know some view the Black Racer as a racist character anyway (although I think he's just following the trend of black characters having "Black" in their name), but this is kind of not cool. Too bad. He's a pretty interesting character though, acting as a sort of Grim Reaper-style force of nature, but also taking over the body of a guy in a coma and interfering in events on Earth. He mentions that this form is one of many messengers of the Black Racer entity, so I guess there are other Racers zooming around the galaxy too. Weird. Anyway, I also wanted to include this panel, because I thought it was hilarious divorced of context: 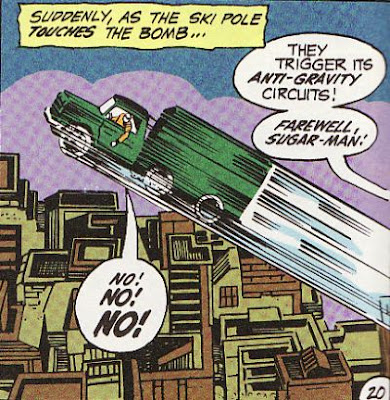 And here's a creepy signoff: 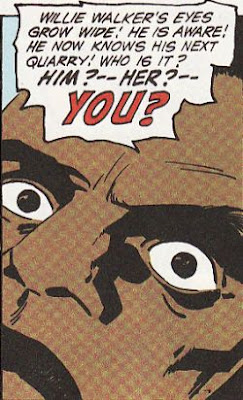