I thought about just incorporating this into my look at DC's solicitations, since there's precious little I'm interested in here, but what the hell, it can have its own post, I guess. 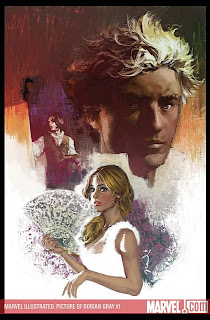 Marvel Illustrated: The Picture of Dorian Gray #1 (of 6) - The latest in Marvel's "illustrating old novels" line, taking on the classic Oscar Wilde book. I'm interested in it, but I doubt I'll get it, since I haven't seen (via in-store flip-throughs) or heard anything especially good about any of these. Interestingly, art is by Avatar's Sebastian Fiumara, but presumably without gore or nudity. 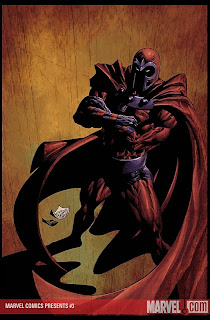 Marvel Comics Presents #3 - I kind of doubt I'll be getting this. I'm interested in the Stuart Immonen story, but probably nothing else in the book, and that makes for a pretty low content-to-cost ratio. 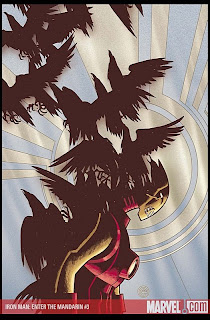 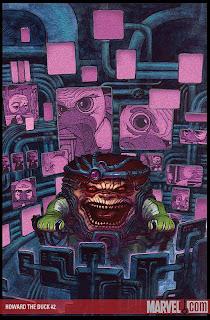 Howard the Duck #2 (of 4) - I don't know if I'll get (the trade of) this series either, but it does look interesting. Is that MODOK on the cover? Maybe it's MODAM. It better not be a zombie... 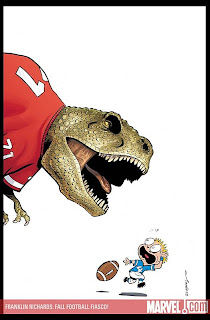 Franklin Richards Fall Football Fiasco - I always enjoy these specials when they come out, if I bother to get them. I like the cover on this one. 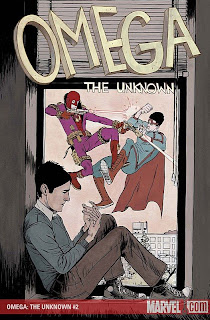 Omega the Unknown #2 (of 10) - I'm pretty sure I'll wait for the trade on this series, but man, it looks really good. 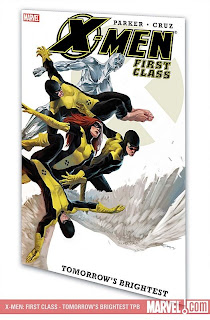 X-Men: First Class - Tomorrow's Brightest TPB - I doubt I'll get this unless I find it for really cheap somewhere, but I figured I would point it out as an example of some good, fun comics by Jeff Parker. It collects the eight-issue miniseries.
-----

And that's everything I'm interested in. Which is to say, almost nothing. Really, that's fine by me. I should be able to do at least one review tonight, so stay tuned.
Posted by Unknown at 4:05 PM