So here's what I find interesting from all the minor companies in November's solicits. The only one I haven't seen yet is Oni, so I guess I'll update the post and add them when theirs come out. 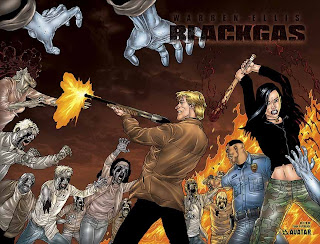 Blackgas TPB - I liked the first miniseries, but the sequel wasn't very good, so I can't really recommend this trade collection of the whole series. Nice cover by Jacen Burrows though. Black Summer #4 (of 7/8) - This series keeps going, with the violence, and the political overtones, and the hey hey. I'm digging it so far, so I hope it doesn't go downhill. 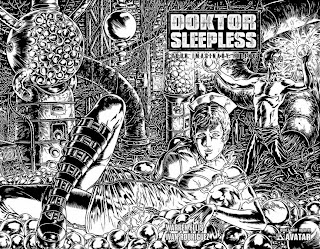 Doktor Sleepless #5 - I liked the first issue of this, but the series does seem like something of a retread for Ellis (I guess November is Warren Ellis month at Avatar). It's a bit early to condemn the series or anything yet, so I hope it gets better. Even if it doesn't, I'll probably still read it. 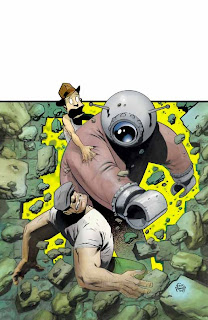 The Goon Fancy Pants volume 2: The Rise and Fall of the Diabolical Dr. Alloy - The second hardcover collection of the series, which I assume collects the various stories involving the mad scientist. I have most of these, but they're some fun comics, so I recommend them for those unfamiliar with the Goon. 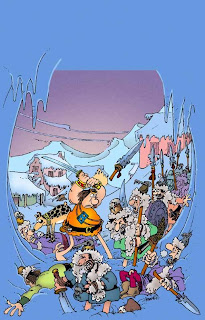 Groo: Hell on Earth #3 (of 4) - I can't wait for these new Groo comics. Isn't that 25th anniversary special supposed to come out any day now? This is part of the upcoming miniseries about global warming or something. I hope it's funny, and not heavy-handed, like that Groo & Rufferto miniseries from like 10 years ago. 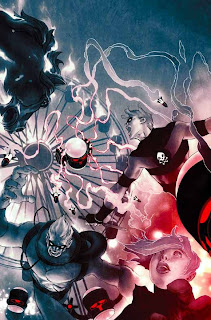 The Umbrella Academy: Apocalypse Suite #3 (of 6) - I guess James Jean listened to me last month when I said his cover looked like a recycled Fables drawing, since this one is much cooler. I don't know what else to say about this one until the first issue of the series comes out. 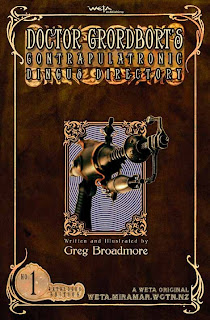 Doctor Grordbort's Contrapulatronic Dingus Directory - This looks like an interesting book, although I'm not sure if it's a comic or an "official handbook"-style thing. It's all about the origins of various Weta-designed rayguns and stuff. Kind of expensive though, at $12.95 for 32 pages. It's a hardcover, but a really slim one, I guess. 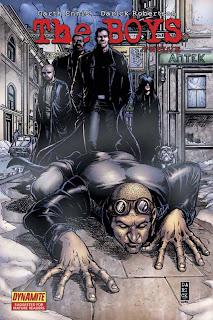 The Boys #12 - I'm probably going to drop this book after the next issue, since that finishes the current storyline, and then I'll wait for trades. But here's November's issue, which sees the team in Russia, I guess. I'm sure it will still be fun. 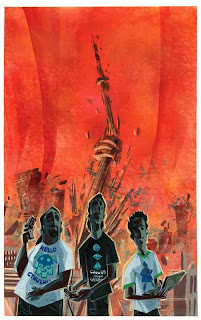 Cory Doctorow's Futuristic Tales of the Here and Now #2 (of 4) - The second installment of the series of adaptations, featuring "When Sysadmins Ruled the Earth". I've read the story, and it's an interesting tale of computer geeks and the apocalypse. We'll see how well it turns out in comics form. 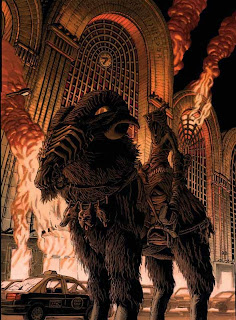 Legion - Some kind of freaky story about demons. Looks interesting. 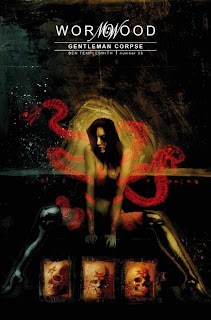 Wormwood: One-Shot - I've been meaning to pick up the collection of the Wormwood: Gentleman Corpse series for a while. Maybe this will spur me into doing so. From what I've seen, it's an enjoyable series, with neat art by Ben Templesmith.

Zombies vs. Robots vs. Amazons #3 (of 3) - No cover image for this one. It looks like a fun series; I love Ashley Wood's art. By the way, I guess the third issue of D'Arain Aventure came out, but I never saw it. I'll have to bug the guys at my shop about it.

Tank Girl: The Gifting TPB - More Ashley Wood. I only ever saw the first issue of this, and it was okay. It might have been better if I was more familiar with Tank Girl. The collection seems pricey: $17.99 for four issues' worth of material, when each issue was $3.99. That's annoying when they do that.
-----

I think that's everything, unless something else shows up that interests me, in which case I'll add it to the post. Tonight: another review, I think.
Posted by Unknown at 1:20 PM