Doesn't look like there's too much I'm interested in from DC in November. Maybe I'm just slowly phasing the mainstream books out of my buying habits. Cool. Anyway, here's what looks interesting: 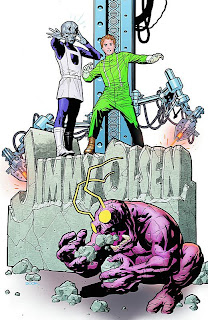 Countdown Special: Jimmy Olsen 80-Page Giant - This is an odd release. It collects three issues of the Jack Kirby run on Jimmy Olsen from the 70s. I won't be getting it, because these issues will be collected in the Jack Kirby's Fourth World Omnibus volumes, but I figured it was worth mentioning, especially because of the Ryan Sook cover. 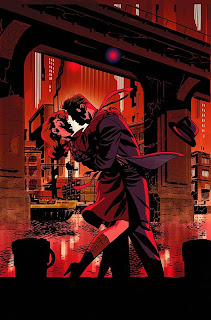 The Spirit #12 - I don't know if this is Darwyn Cooke's last issue on the series or not, but I bet it will be good. It features Sand Sarif, and I'm sure Cooke will sneak in some sexiness. It was fun while it lasted. 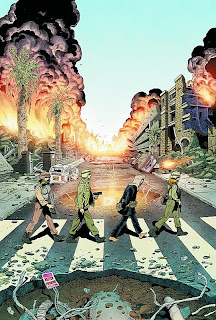 Army@Love #9 - I'll probably have switched to trades by the time this issue comes out, but I wanted to post that cover because it made me laugh. 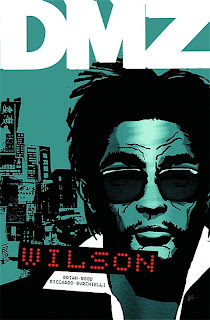 DMZ #25 - Ditto for this one (except for the part about laughing at the cover). 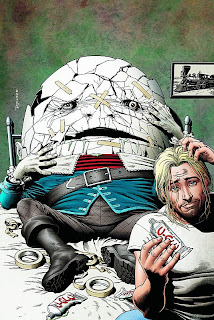 Jack of Fables #17 - I might switch to trades with this issue as well, since it begins a new story arc, which appears to be about putting Humpty Dumpty together again. Interestingly, the solicitation indicates that Russ Braun will be the new penciller, replacing Tony Akins. Huh. 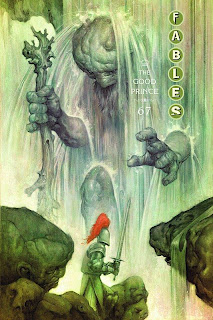 Fables #67 - Like always, I'll note that I buy this book in trades, but I want to point out James Jean's beautiful cover. I saw it on his blog the other day, and he mentioned a detail that I might have missed entirely: the faces of petrified trolls in the rocks. That's cool. 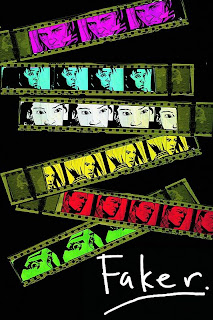 Faker #5 (of 6) - I figure by this time I'll have decided whether I want to buy the collection of this series or not. 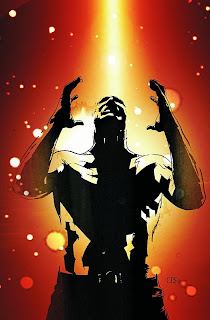 The Programme #5 (of 10) - I'm digging this series quite a bit, so here's hoping it continues to be good. 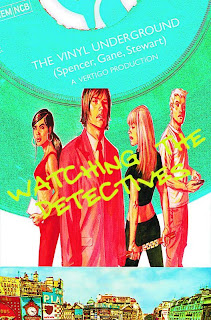 The Vinyl Underground #2 - I hope this series is good, because it sounds quite appealing to me. I guess I'll see in October. 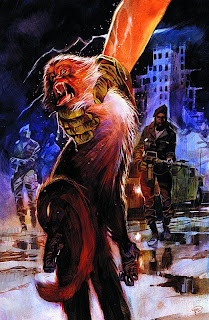 And I think that's everything. Looks like I'm doing well with the saving money to spend on other stuff. Tomorrow, we'll have Marvel's solicits, so expect a post then. Or, if it's really minimal, I might just add it to this post. Oh, the suspense!
Posted by Unknown at 7:48 PM