Pulphope: It's not about orange juice

This will be kind of hard to review, but I'll see what I can do. 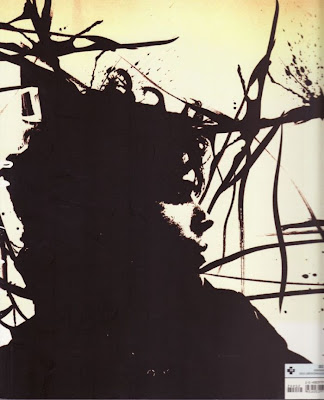 I'm not sure what exactly to say about this book. I enjoyed it quite a bit, but I'm a big fan of Paul Pope, both his art and storytelling. But I don't know if anybody who isn't a fan would be very interested. The book contains tons of images by Pope, and several essays about topics as varied as aging, childhood art, Japanese Ukiyo-E artwork, and pornography. It's fascinating reading, a real look into Pope's head, but I don't know if anybody who wasn't already quite interested in Pope would want to bother. I will say, I probably spent as much time reading the essays as I did looking at the art. Luckily, I love the guy, and it's all very informative and inspiring.

Over the course of the book, Pope gives us a bit of a tour of his world, focusing on his different interests. Early on, we see an excerpt from THB in which an artist begins to draw, and I found it enthralling: 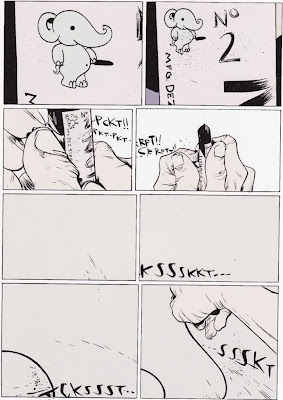 There's something about witnessing that act of creation that grabs me by the throat and gets me excited. Pope has that artist's mentality that gives you the feeling that he would go crazy if he couldn't take those pictures and stories in his head and put them down on paper. We get to see where he is right now, but we also see much of where he came from and what inspired him. There is a lengthy section on the Japanese art of Ukiyo-E, with samples of Pope's attempts to create his own version of that style: 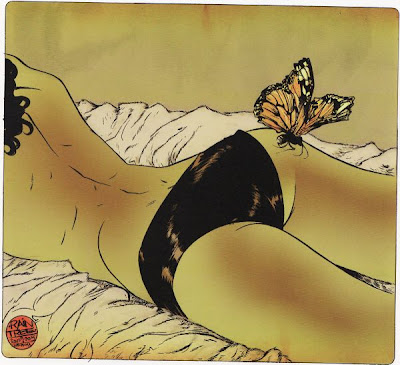 There's an interesting section on design, with pages from posters, albums, and fashion spreads. It's beautiful stuff; my favorite image is probably this one, from the Miss Exotic World 2006 festival: 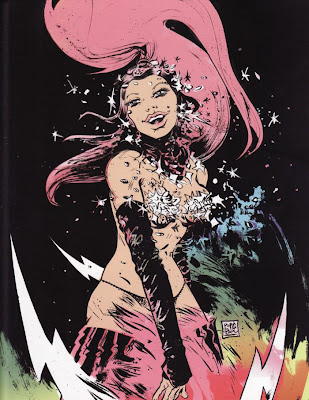 I love the sense of energy on the picture, and the joyful look on the woman's face.

The book closes with a section on science fiction, which is appropriate, in a "look to the future" sort of way. As much as I love Pope's art, I think his ideas are just as incredible. He gives a human touch to stories full of crazy robots and otherworldly societies. I can't wait to see what he shows us next.
-----

I've got more to review, as always. Maybe tomorrow.
Posted by Unknown at 8:39 PM